How to Destroy Creative Block with the Song Palette Strategy 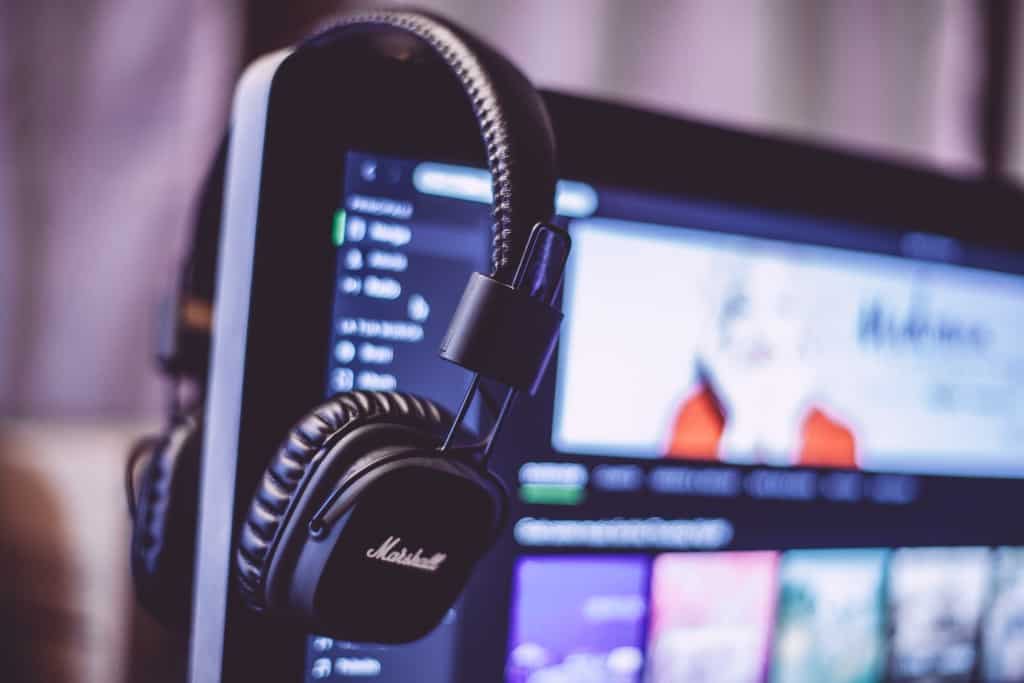 There are many ways to deal with creative block. Some will argue that it doesn’t exist at all, others will say you need to take a break, and I’d say you’re just bloody lazy.

I’m kidding, of course. I’ve had my fair share of “creative block”, and while it could have sprouted from laziness, I have too much pride to believe it did.

Regardless of what creative block is and how it occurs, there will always be times as a producer where making music becomes difficult. Your ideas don’t hold up. They’re too boring or generic. When you think you’ve come across a good idea, you lose the motivation to bring it to completion, or it sounds too similar to another song.

But there’s a solution! A solution which I like to call the song palette strategy.

The song palette strategy is something I’ve passively developed over the years. It’s a 3-step process that involves extracting ideas from existing music for use in your own productions. It is not copying or remaking songs. It is not “un-artistic” as some might have you believe. It’s simply a way to transition quickly into creative mode and also produce more interesting music.

Now, I’d be lying if I said I came up with this strategy all by myself. It’s something that already exists in one form or another. Jaytech does something similar when creating tracks. According to his Pyramind Elite Session, he’ll take a listen to the Beatport Top 10 and write down the “themes” that stick out to him. Those themes will form the foundation of his next song.

A similar technique is featured in Dennis DeSantis’ book Making Music: 74 Creative Strategies for Electronic Music Producers, where he introduces the idea of building a “catalog of attributes” from a song: the process of listening to a song and studying the hell out of it. Every layer, element, effect, and so on.

My version differs from both of these. It’s more complicated than Jaytech’s strategy but less so than DeSantis’.

As the name suggests, the key objective of this strategy is to build a palette of ideas that can be used to create an original work. The same way a painter would have a paint palette at the ready, the producer has a palette of ideas and sounds.

There’s a 3-step process that I like to use to build up this palette. It should take no more than 30 minutes.

To build a palette of ideas, we need to find those ideas.

Pick five songs to use throughout this process. The more diverse, the better. I strongly encourage you to select one song from outside your genre, and another from outside EDM as a whole.

The first three are close to the genre I want to make (trance/progressive), but the bottom two aren’t. Why would I use a Led Zeppelin track as inspiration for an EDM track? Because there are bound to be ideas in there that can translate to the genre I’m making.

The next step is to listen to each song from start to finish. While listening, write down one thing that stands out in:

These “things” can be anything. You might find that one particular song has a dynamic filter placed on the hi-hats to give them movement, or that the main lead is panned slightly to the right. Just write down whatever comes to mind. If you’re struggling to find key ideas in the song, think about:

Note: you only need to listen to each song once. It should be more than enough time to write down three ideas that interest you. Don’t use this strategy to procrastinate and not make music.

Having done that, you should have at least 15 ideas at the ready. Some of them might be rubbish, but that’s okay. 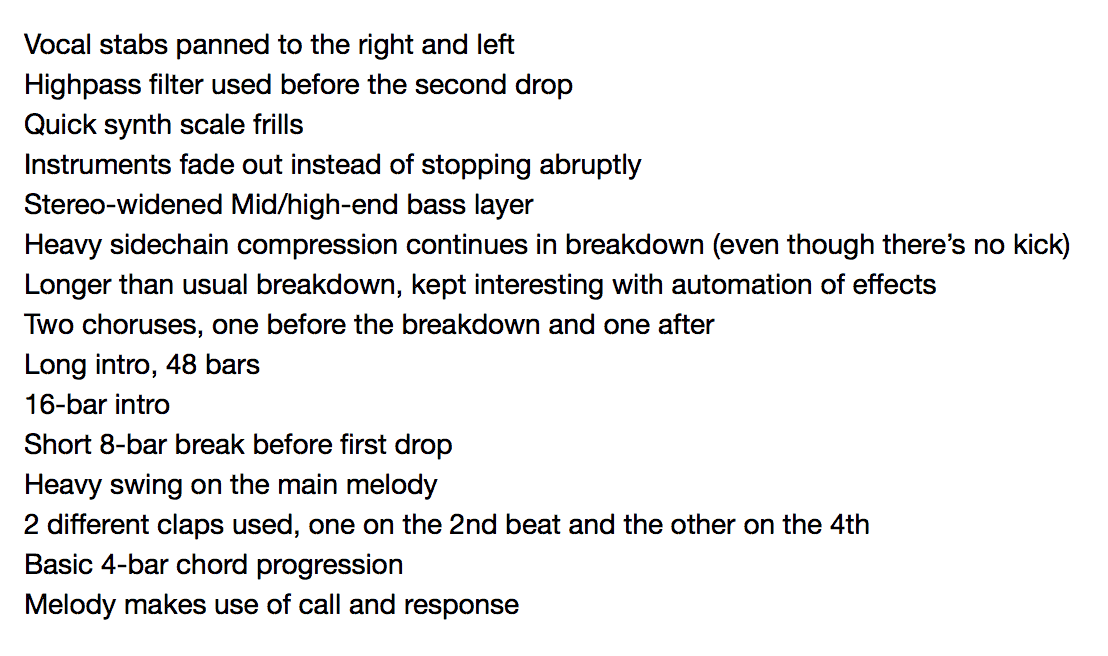 Now that you’ve got a list, it’s time to make a song. All you need to do is pick something from this list, preferably an idea that sticks out to you the most.

Please note that this palette is a very basic creative tool that’s meant to inspire. It’s not a to-do list, so you shouldn’t try and incorporate 15 ideas into your new track. In fact, a lot of the ideas will be incompatible (16-bar intro vs. 48-bar intro, for example).

Based on the above list, I might start by making a 4-bar chord progression. Easy enough. Once that’s done, I might start building a melody on top of it by using call and response. You get the idea.

The Song Palette strategy is an effective weapon against creative block. It won’t help you if you’re just being lazy (because you won’t want to perform the 3-step process in the first place), but if you’re truly struggling to come up with ideas, then it’s seriously worth considering.

Do you have any strategies you use to combat creative block? If so, what are they? Leave a comment with your answer below.