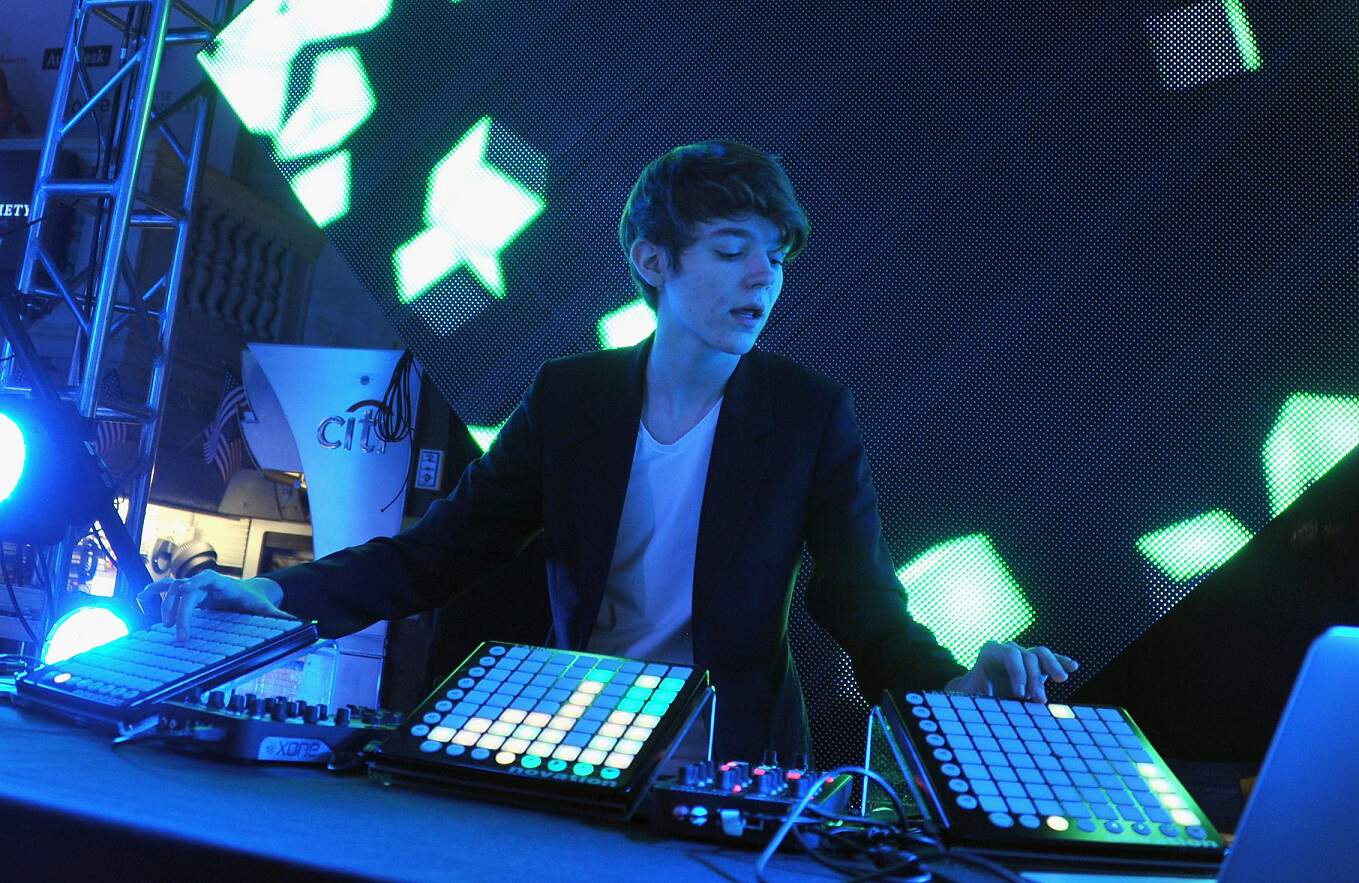 I thought it would be nice to let the EDMProd Artist Community vote for the next song analysis.

I wrote up a post, encouraged suggestions in the comments, and stated that the most “liked” comment (out of the first ten) would win.

Jack Murray (who is part of the EDMProd team), had the most liked comment. His suggestion was Madeon ft. Passion Pit – Pay No Mind.

For the sake of time and sanity, this is an incomplete analysis. I’m not going to go through every single fill and layer. Why? Because that’s a job for someone with more patience. And also because if this song looked anything like the following project file from Madeon, my analysis would run on indefinitely.

Listening to Madeon tends to makes you feel inferior as a producer, but you do notice some cool things. On first listen I noticed:

The song kicks off with an instrumental section, which features the same progression as the verse. There’s a simple low-passed bass-line providing the foundation for the many guitar layers on top.

There’s a fancy transition on bar 9 to add tension. The vocal is introduced just before bar 9 with the rest of the instruments returning on bar 10.

The first verse is the same as the instrumental intro, but adds the vocal and an off-beat hi-hat.

The pre-chorus contrasts greatly to the verse and chorus.

The rhythm changes to simple: half-notes. The piano follows that rhythm, as does the synth layer you can hear on top.

The chord progression looks something like this (not exact):

There seems to be some delay on the piano, and the guitar becomes more prominent as the section progresses. Perhaps the dry/wet on the guitar’s delay is being automated? I can’t exactly tell.

A few other things to note:

50 seconds into the track, we’re introduced to the chorus.

The transition from the pre-chorus to chorus is nice. There’s a fill, but what makes it work best is that the vocal bridges the gap.

You hear the words “just calm yourself and…” before the chorus hits on the word “…breathe.”

The lead instrument is a tropical-sounding pluck. This is embellished by a subtle bell sound that plays above the rest of the instruments.

Here’s as close as I could get (I didn’t try to replicate the sound, just the progression):

Basically the same as the first verse. The main difference is that there’s no tension-inducing transition on the first bar.

The third verse (which could technically just be an extension of the second verse) is significantly different to the first two. It’s the simplest part of the track.

The drums are dropped completely in the first four bars, while a hat and clap come in during the second four. The vocal continues, except this time it’s high-passed (also contributes to contrast), and the only other instruments are a smooth, wobbly pluck and high-passed bass.

Of course, the verse features the same chord progression as all the others. It plays a slightly different rhythm. Here’s as close as I could get:

The second pre-chorus differs from the first in a few ways:

The same as the first chorus.

The second chorus and the bridge are linked by a brief 8-bar interlude, better named as a solo.

There’s a few things going on here. First, there’s the frickin’ awesome solo synth! It’s vocal-like, probably put through a vocoder and a ton of other stuff.

A tight supersaw synth working alongside a pluck continues to play the verse progression.

The bass underneath could be a completely open version of the bass that plays throughout the song, or it could be a different instrument completely. I’m not sure, it definitely plays a more complex pattern though.

If you’re not sure how to find out where the bridge is located in a track, just listen for the part that sounds completely different to all the other parts.

The energy is significantly lowered during the first 8 bars of the bridge, and there’s no strong rhythm (apart from the soft pluck playing 16th notes).

Energy is increased during the second half. A drum pattern comes in (a different kick and clap are used – you won’t hear them anywhere else in the track), and the tambourine plays alongside them.

What’s most interesting about the second half of the bridge is the vocal. It’s a great example of call and response.

You hear the full, wide, and clear vocal—“Some days you hear it.” Which is followed by a centered, high-passed phrase—“Don’t listen, I’ll carry you.”

The “response” vocal is heavily processed, especially with auto-tune, which makes it hard to pick out the words (I had to search for ’em).

Note: There’s no pre-chorus following the bridge, but it does transition into the chorus the same way the pre-chorus does.

The third and final chorus is similar to the first two, apart from the second half which features a high-passed + auto-tuned secondary vocal and a riser.

The outro is quite complex harmonically, and I don’t have a strong enough knowledge of music theory to analyse it. It is indeed a dramatic ending (it reminds me of the false ending in November Rain by Guns N’ Roses).

The call & response used in the bridge can be applied to any instrument (even drums). Consider using it in your own material to create memorable and interesting phrases.

#2: Contrasting versions of the same section

In Pay No Mind, the third verse plays the same progression as the other verses but it’s simpler and uses a different instrument. You can do this in your own music. Take a verse or chorus that you already have, and simply swap out the instruments. Make it simpler or even more complex than the other sections.

If you’re making an extended (DJ) mix, then this is a bad idea, but otherwise, why not exercise some creativity during the outro? Just because it’s an outro, doesn’t mean it needs to be boring. If anything, the outro in this track takes it up another notch and leaves the listener impressed and wanting more.