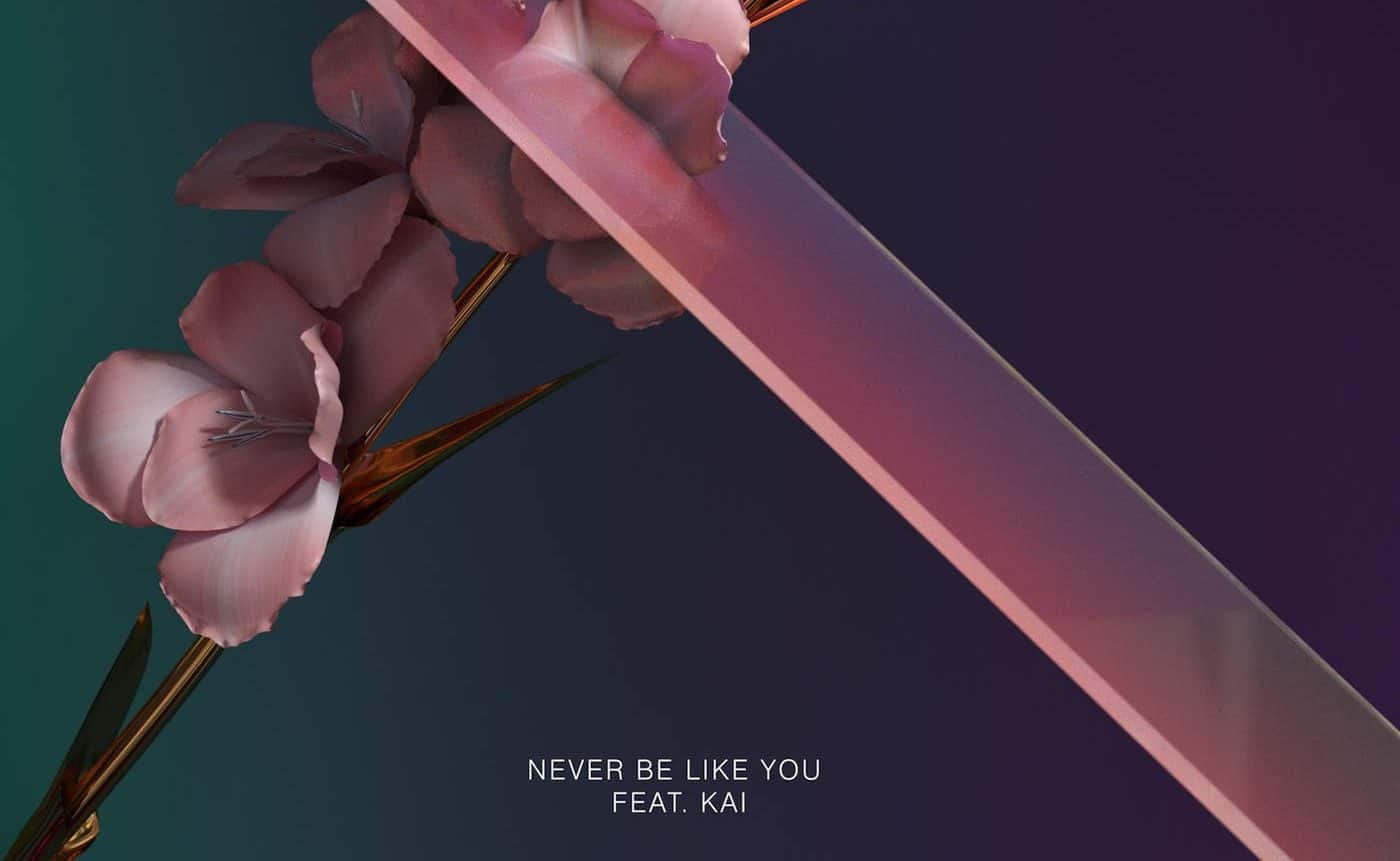 I remember the first time hearing Holding On’. There was just something about it. I loved it. I played it at every gig and everyone else loved it too.

In this week’s analysis, we’ll be looking at one of his more recent tracks, Never Be Like You ft. Kai. It’s a little bit shorter than normal, but this track is pretty straightforward.

At the start of the song, we hear a collection of atmospheric bell-like sounds that play by for four bars. It’s makes sense to give this its own section of “Pickup” instead of including it in the full structure.

“In music, an anacrusis (also known as a pickup) is a note or sequence of notes which precedes the first downbeat in a bar in a musical phrase.”

The bell-like sounds we hear in the pickup continue, but are now sitting on top of a vocal and detuned pad.

When Kai sings “Never Be Like You” it’s kind of stressed, which adds tension. The same phrase leads nicely into the chorus at the end of this intro verse.

During the second 8 bars of this section, we hear some strings playing the same chord progression.

Note: Notice how there aren’t any risers or snare rolls? You can build tension without them. In this case, it’s the addition of elements (strings), the way the vocal is sung and processed, and the quick low-pass filter coming down during the last bar.

Flume’s signature style comes out strong in the chorus.

First, we hear the downbeat, which features a kick with a trap-esque chant sound. A catchy vocal sequence is introduced along with a wobbly pad/synth (I felt like saying Flume-like pad/synth… it really is the best way to describe it).

A drum fill leads into the next 8 bars, where the only new addition is a hi-hat sequence and an extra percussion sound or two. Nothing major.

Key Takeaway: You don’t need much to “lift” a chorus.

Verse 2 differs from the intro verse in the following ways:

It’s higher energy than the first verse, but still contrasts nicely with the chorus.

Note: This is where I move into the realm of subjectivity, but I do feel like the second chorus sounds less energetic than the first due to the fact that there’s less contrast. I’d love to hear your thoughts though, so feel free to leave a comment.

This is exactly the same as the first chorus apart from a slightly different transition at the end.

A lot of people seem to think that Flume’s music is complicated and complex. In terms of sound design, they’re probably right. But composition and arrangement? It’s quite straightforward, and the bridge is a good example of that.

The vocal changes, both lyrically, melodically and rhythmically. We hear the bell-like sounds from the intro come fade back in. The pad and string combination keeps things in place for the first eight bars before being accompanied by a set of staccato strings, adding tension and building into the final chorus.

Again, exactly the same as the first two choruses.

The last section is pretty interesting. The same wobbly synth plays the same chord progression underneath (although it sounds a little more tamed here). A squeaky synth plays a chopped-up sequence over the top.

We hear a more subtle vocal enter the background during the last 8 bars.