10 Myths That Most Music Producers Believe Are True 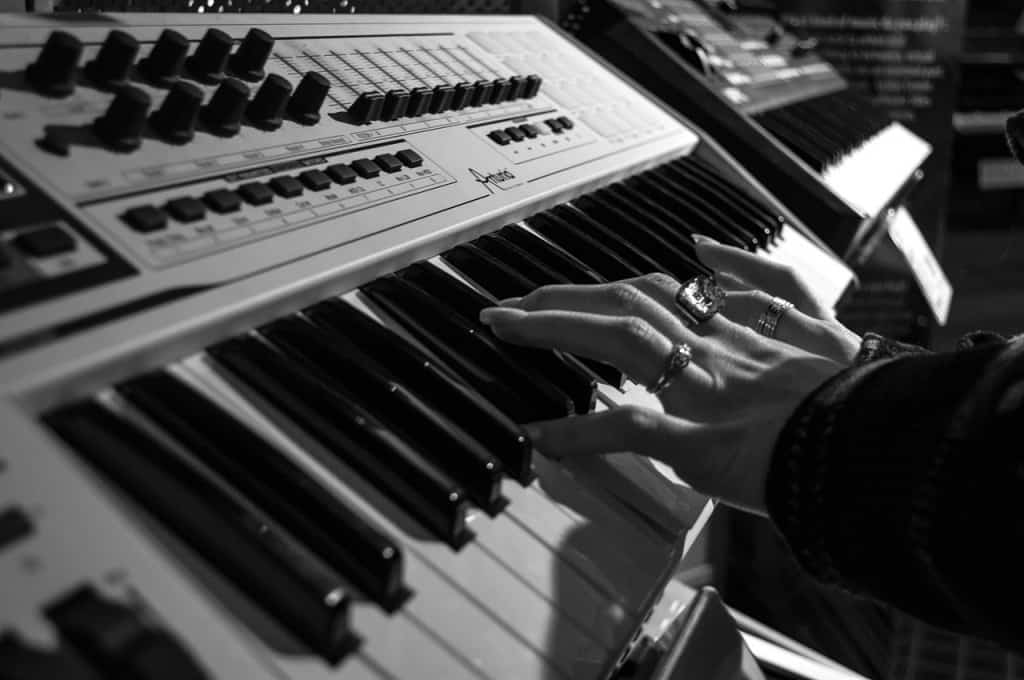 I sit down with a cup of tea to begin my productive evening routine, which involves a little bit of YouTube and a lot of YouTube.

Naturally, I find myself watching something about music production. It was one of those “track breakdown” videos, where the producers runs through one of their tracks, explaining how they achieved X and Y.

“Wait a minute… he’s not using any third party plugins!”

Up until then, I thought that as a producer you had to spend money on third party plugins in order to make good music.

I was wrong. That was a myth.

There are a ton of myths floating around in the electronic music production community. I’m going to share ten of them.

“It’s been a week now and the inspiration hasn’t hit. I can’t find no muse either. Should I wait longer?”

“Yeah man. Just take a break or something. Go for a walk. You can’t force this stuff you know.”

“But I’ve been doing that for the past 7 days and it’s not working!”

Inspiration is a wonderful thing.

There’s no better feeling than the itch you get when you’re away from your laptop. The itch that compels you to create.

But that itch isn’t always there. For a lot of producers it’s rare.

So, do you just wait for it?

No. You put your head down and push through. You create your own inspiration. I find that I get inspired after I start. If you feel you’re lacking inspiration, just sit down and make music for 5-10 minutes. Lay down a drum beat. Scroll through some presets.

You need to purposefully inspire yourself. Waiting for inspiration is time wasted. Time that could be spent practicing. Forget inspiration and take action. It’ll come afterwards.

Myth 2: Routines and systems are bad for creativity

But that doesn’t mean rules are bad.

When I tell producers that it’s a good idea to have some sort of set workflow, simply as a starting point or something to work from, they look at me in horror.

BUT HOW CAN YOU BE CREATIVE WHEN YOU IMPOSE RULES ON YOURSELF!!!!!11!!

A workflow is not a set of rules, per se, but something to fall back on when you get stuck. For instance, if you know that your next step after writing a chord progression is to write a melody, that step will become a habit through repetition. In the future, when you write a chord progression, you won’t have to think about where to go next.

Now, routines. Routines are actually essential for creativity to flourish. If you don’t have a routine or pre-production ritual, getting into “the zone” takes a lot longer.

There’s nothing wrong and everything right with deciding to make music every day at 7PM for 90 minutes. The people who say routine is bad are lazy.

Daily effort is important. Creativity is a habit.

Note: I talk more about the importance of routine and ritual (as well as how to create them yourself) in my book The Producer’s Guide to Workflow & Creativity.

Someone recently posted the below video to the r/edmproduction subreddit.

Many people commented on the fact that there were so few layers in his tracks. Faxing Berlin only has one pluck layer, the bassline in Arguru was audio from a Moog. You get the idea.

Layering is a hot topic. It’s something that a lot of producers discuss.

Now, it’s not bad to layer sounds. In fact, sometimes it’s essential. However, most people overdo it, and too much layering can be detrimental: you encounter phasing issues, it eats up CPU, and your track becomes harder to mix.

Instead of resorting to layering at every opportunity, take your time to find great samples and design great sounds from the get-go.

If you think you need to layer, ask yourself this question:

Why exactly do I need to add a new layer to this sound?

If you can’t provide a decent answer, or you aren’t layering out of curiosity/experimentation, then should you really add another layer?

Myth 4: You need good music to start marketing yourself

I believed this myth for many years, and in some way, I still want to believe it.

I want to believe it because I wasted a ton of time trying to promote myself early on when my music sucked. But I only wasted time because I didn’t do things properly.

I’ve talked to experts about this. In episode 6 of the EDM Prodcast, Andrew Apanov explained that artists should not wait to promote themselves because marketing skills take time to learn.

Steven from Cymatics.fm also agrees that you shouldn’t wait to spend time on marketing. Have a listen:

You can listen to the full episode with Steven here.

Having good music will obviously help your marketing efforts, though, and you should spend most of your time honing your production skills. Just don’t ignore the business side of it.

If you run a business and market an average product, you can get sales, but you won’t get any traction or virality through word of mouth.

If you market a great product, you will get sales and it’s also likely you’ll get traction and virality through word of mouth.

The key word here is “market.” Even if you have a great track, you need to get it in front of a certain number of people before anything happens. You can’t just upload it to Soundcloud and expect people to find it.

Note: Budi and I discuss this in detail during episode 2 of the Prodcast.

There are some killer plugins out there. I use the Brainworx Saturator and Serum in every track.

But do I need them?

If I was forced to make music without them, could I still come up with something decent?

There are many successful producers out there who use nothing more than their DAW’s tools. Most people fall victim to brilliant marketing, and think they need something when they really don’t.

Rule of thumb: know exactly why you want or need a third party plugin. Ask yourself: what purpose does it fulfil?

“There are many amazing pro mixers out there who DON’T use analog summing. They mix entirely in the box (ITB). Guys like Dave Pensado (Beyonce, Justin Timberlake, Christina Aguilerra), Charles Dye (Ricky Martin, Bon Jovi, Sammy Hagar), and even my friend and fellow blogger Kevin Ward (www.MixCoach.com) all mix in the box. Their work speaks for themselves.” – Graham Cochrane (source)

If you’re not aware of these terms, out of the box (OTB) refers to mixing with hardware, in the box (ITB) means mixing with software.

This can be extended to analog vs digital synths as well.

This myth is simply not true. The quality of a mix comes down to skill and experience.

Besides, for most electronic music producers, mixing OTB is a bad idea. It’s expensive, and it’s only going to become less popular as technology catches up (some of my friends argue that it has caught up and the people who disagree are elitists, but I like to be diplomatic).

Instead of investing time and money into mixing OTB, why not invest it in developing mixing skills?

Myth 8: The more samples/presets the better

I can’t remember the last time I purchased a new sample pack. I occasionally will get one sent to me but rarely use it.

Because I’ve got more than enough. I use about 2-3 sample packs that I know have amazing samples and that’s it.

Having too many samples and presets is detrimental. It leads to analysis paralysis, and suppresses creativity.

Let me run through a scenario so you can understand where I’m coming from.

You download a sample pack that contains 500 individual samples split evenly into:

If you were to avoid using the same sample twice, you’d get at least 10 songs out of that one sample pack. But here’s the thing – there’s no reason why you shouldn’t use a great sample more than once. Audien uses the same kick drum in almost every track of his.

You simply don’t need that many samples.

Myth 9: A professional sound is achieved through X

Part of my job running EDMProd is to answer people’s questions. I do it for the love.

Most questions I’m delighted to answer, but there’s a few that frustrate me because I get them so often.

One of them is “How do I get a professional sound? I’m doing X, Y and Z but my music just doesn’t compare to [insert producer who’s been making music for two decades here].

The truth is that there’s no one thing that contributes to a professional sound. No magic trick.

A professional sounding song is made up of thousands of micro-decisions in the production process. The intituive decision to pick one similar sounding sample over another because it has a slightly louder transient. The intuitive decision to remove a note at the end of an 8-bar phrase because it reduces the tension by a miniscule amount.

The ability to make intuitive decisions like this – decisions that result in a great track – only comes with experience.

A professional sound is achieved through consistent effort over time, so maybe this is a fact after all (but few people substitute X for “effort over time”).

Myth 10: There’s no money to be made as a producer

This is truly the most common myth in the electronic music production community today. It’s incredibly discouraging and needs to stop.

Yes, it’s difficult to make money as a producer, but it’s nowhere near impossible. You simply need to think beyond the traditional path.

The traditional path is to make an income from touring. But this isn’t the only option, and it doesn’t suit everybody.

There a ton of different ways to make money, and even a sustainable living off music production. You could:

It comes down to commitment, creating a plan, taking action, ignoring the cynics and viewing music production as a profession.

What are some other myths you think producers need to stop believing? Leave a comment below.