How to Cheat at Producing: 7 Quickstart Tips 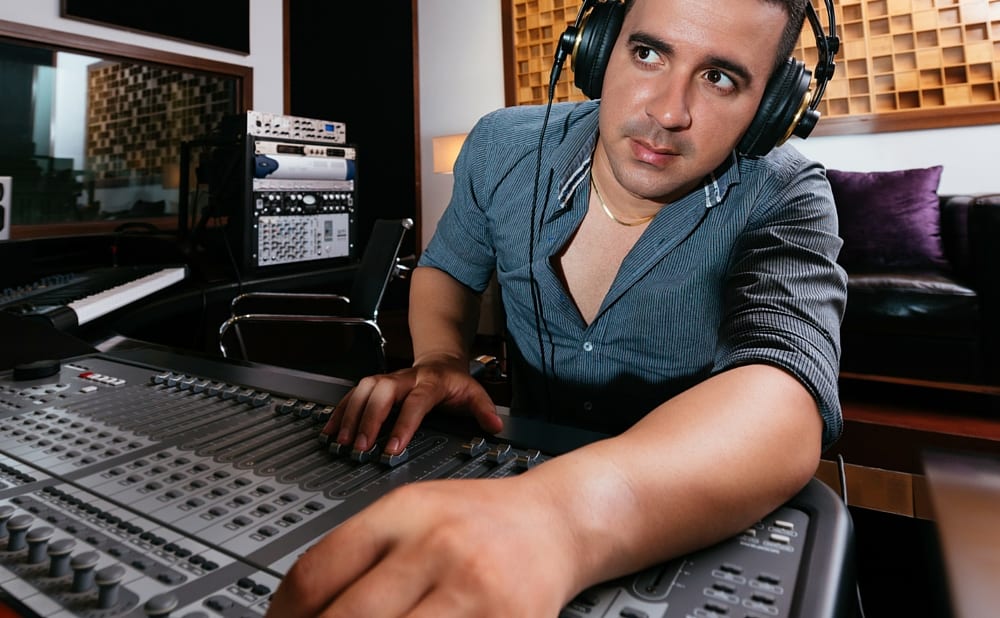 This is a guest post written by Oliver Cox. Oliver is a featured writed for Blue Label Records, a multi-genre record label currently accepting demos at: [email protected]

Without talent, drive, and ideas, no producer will make truly good music, but I’m here to tell you how to make those ideas sound good, make that talent work, and use that drive to be productive.

Cheat is a strong word but, in the circumstances, it’s appropriate—if a 100 meter sprinter used a motorcycle, you’d call it cheating, but there’s no such opprobrium in music where (from tape to ProTools) no one really care about fairness but, rather, how it sounds. You know what matters about the music you produce, here’s how to cheat your way into making it sound the best it can.

There are techniques you can learn, free tools you can use and mindsets you can adopt that will give inestimable enjoyment to your audience, without much work on your part. This isn’t to say that hard work isn’t necessary, but that you needn’t make producing harder than it needs to be.

(Full Disclosure: I got the idea for the title from Delia Smith’s How to Cheat at Cooking.)

So in an industry that cares as much about smartness as talent, how can you use your smarts to sound your best?

1. Use the Cut-up Technique

This, the first tip, may also be the most shameless. Once, I laid down a bassline for a track and, in the energy and enjoyment of making music, didn’t notice that the rhythm was somewhat sloppy. So, I chopped it up into individual phrases that were, themselves, in time, and sequenced it so that they were bang on—with guitar, drums and synths on the top, not a soul has noticed my cheat.

Of course, the more complicated or polyphonic the part, the more difficulty you’ll have in making clear separations between notes, but this can be a life-saver if you or a musician has already laid down a part and you haven’t the time or energy to re-record. Obviously, if your sloppiness is unmissable, go back and record again but, if no one can tell, there’s no reason not to.

Here’s another tip: say a musician came in early and you had to cut that note and move it back: doing so might leave a gap before the next note. If this is audible, grab some empty space from that same recording and put it in the gap. Here’s another trick: heavily distorted guitars and gnarly synths can be freely cut and pasted mid note so, if you hold on a note for too long, you can often pull out a chunk to make it the correct length.

Originally a part of classic synths that would play a sequence of say, 16 notes over and over, sequencers are now a staple of modern music, especially EDM. There’s no reason not to use a sequencer—they sound great, their precision ads to snappy dance-oriented music, and they offer technical power beyond that of any musician.

Put it this way: the sequencer program that I use (seq24, a piece of open source software that looks fit for an Apple Lisa) allows for 32 voices that can be turned on and off independently, each of which permits limitless polyphony over 12 octaves, at speeds faster than you can actually hear. This is literally more musical power than you could ever need.

This doesn’t mean that you shouldn’t get out the keyboard to play a passionate solo the old-fashioned way, but that, by letting a computer play for the rest of the time, you can lay down your tracks faster, more accurately and with a skill-level beyond your own.

Though it’s not really cheating, I’d like to take this opportunity to remind you that every electrical circuit produces a signal which, potentially, can affect your sound. This includes lights, computers, and even your laptop charger. Switch off everything that you don’t need and separate all necessary electrical devices from your recording.

However, say you’re laying down a track one day and can never get rid or a buzz that keeps popping up. Open up your equalizer and locate at which frequency you find the sound.
Scoop this frequency and you can remove or reduce this noise to the extent that no one can hear it when your other instruments are in the mix.

Equalizers come in a number of forms, but my favorite is the a graphic equalizer expressed as a line that you can drag at the click of the mouse. Say your bass track has some high-frequency electrical noise—you can heavily scoop the top end and get away with it, rescuing your bass without affecting your track.

Finally, remember to think about room acoustics when you’re producing. For some reason, certain instruments and mixes don’t sound quite right without the slight reverberation of being played in a real room and then recorded (believe me, even a tiny room makes a difference). This is easy to fix: most music editing programs allow you to add echo and reverb, my synthesizer even allows me to add acoustics, from ‘room’ to ‘cathedral’. Now that’s really cheating.

If you’re not familiar with this term, sound exists on a spectrum, just like light: from the lowest frequency sounds that we can hear, through the range of human-hearing then up all the way to Dogstep. Just like how the more instruments you have playing at the same time, the harder it is to distinguish them, the more instruments you have playing in the same frequency range, the harder it will be to make them out. This might sound simple, but it can have unexpected consequences.

Put it this way: your standard EDM track might have some bass synths at the low end of the spectrum, harmony synths and male vocals in the middle and solo synths and female vocals at the top (crudely speaking). You can see how this setup allows for the main parts to avoid treading on each other’s toes.

So, if you already had your bass and melody laid down in the high and low ranges, and wanted to add another synth line, try adding the extra line at a lower frequency than the melody, to stop them becoming indistinct. Of course, if indistinct is how you want it to sound, go right ahead.

EQs can help here, too. You may not realize, but a C is not really a C. Any instrument other than a perfect synth playing a sine-wave contains that oh-so-tasty noise and overtones. To give a simple example: say you had a really fuzzy synth taking care of a harmony line, this will be take up some of the frequency levels that your melody needs to sound distinct. Try scooping just enough of the top end of your harmony to allow your melody to come through.

The way you arrange your song with respect to these frequencies will radically affect the way your drums sound, too: a bass-heavy song without much treble will result in a long-held and distinct sounding snare. The same song might cover up some of the punch of your kick—bear this in mind when you lay down your tracks and play with the levels.

On a related note: if you haven’t already, now’s the time to shell out on a quality pair of headphones—or, even better, a solid pair of monitors, but they’ll cost you. Also, to really understand how your mixes sound, listen to them on speakers, computers, rubbishy earbuds, and other sets of headphones: you might be surprised at the monsters that are hiding behind the particular audio-equipment that you’re using.

Samples are definitely cheating, but there’s nothing wrong with using them, provided that they’re free to use or that you have permission. This includes samples of music, speech or just noises. In this respect, the role of a sample can be somewhat uncanny, adding something to a track that you didn’t really expect it to.

Take this track, Sea of Tranquility (1969) feat. John F. Kennedy, by one of my favorite SoundClouders, Allan Lubart—the sample of Kennedy’s speech and Neil Armstrong’s transmission adds bags of character to the mix.

Otherwise, finding free samples is really easy for anyone with basic Googling skills. For space enthusiasts, you can get tons of recordings from NASA space missions on Archive.org, free to use. Used right, samples can be the cherry on the Bakewell.

This isn’t to say that people who don’t have formal education in music and music theory cannot produce great music, but that those who do can do so faster. Just like your annoying friend who reads books all the time and always has the word you’re trying to find, when you know music theory, the ways to complete a tune or what to add to a certain arrangement to make it work will be laid out on a musical map for you.

Music is a way to get across meaning. Once you know what you mean, music theory helps you put your hand on what you need in order to say what you want to say, rather than coming upon it via trial and error.

One of my favorite Deadmau5 tracks, the aptly named Some Chords, is a great example of how music theory can aid the production process (Deadmau5’s parents got him piano lessons, and he uses skills he learned from them to this day, according to Resident Advisor).

The final chord in the opening phrase is the same as the first chord, except major: it is comparatively unusual to find a minor chord followed so soon by its major counterpart (outside Beethoven). This is what makes the chord sequence sound clever and different, and makes you think ‘…cool’, the first time you hear it. It’s just the sort of thing that someone who’s familiar with music theory would do.

Don’t be put off when people associate this sort of thing with ‘classical training’—music theory is the foundation of Baroque, Romantic, show songs and pop: you name it. I can guarantee that the geezer at your local jazz club who wears sunglasses indoors and props up the piano will know as much, if not more, music theory than your friend who plays in an orchestra.

7. Get the Right Mindset

Keep reading—I know that you don’t want to waste time on psychology, time that you could otherwise be using to produce, especially if you’ve yet to get paid for your music. However, having a few rules for your mindset will remove a lot of pain and stress from the process.

Take on board these mantras, and, if you ever despair, pause, go for a walk, and remember why you started producing in the first place.

You’ll realize, by now, that there’s no point in making things hard for yourself. You want to make the best music possible, so it makes sense for you to use all the tools and cheats that you can. Using a sequencer, say, means that you haven’t actually played the synth line, but doing so allows you to create many more tracks and give your fans more enjoyment—and that’s why we do what we do, right?