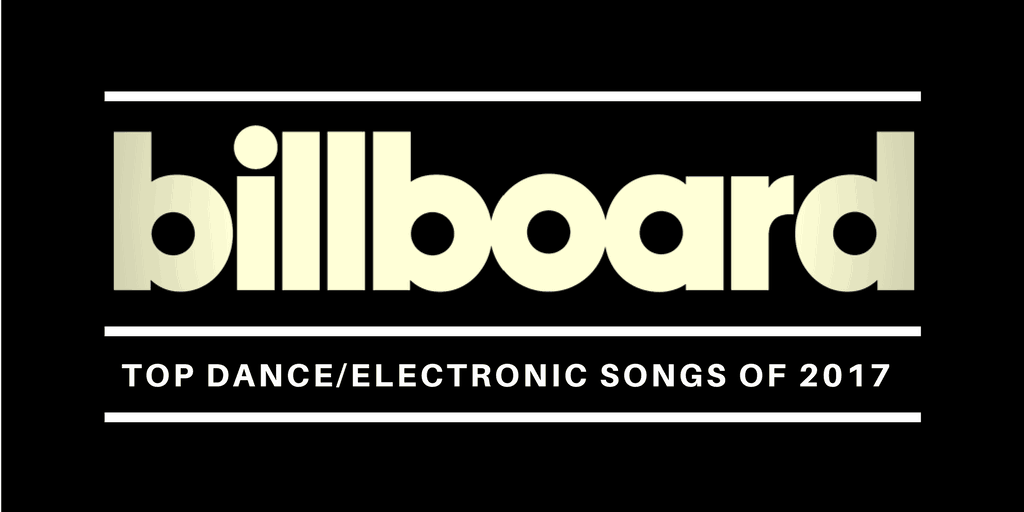 Since the EDM bubble burst a few years back, I’m constantly wondering where the electronic industry is headed. Sure, the top artists are still doing well, but where does that leave newer artists trying to break into the scene?

To help answer this question, I posed a different one: What does is take to make a chart topping dance track? What better way to see industry trends then to break down the artists who’ve continued to thrive.

In this article, I’ll break down what I’ve learned from analyzing the top 100 dance/electronic songs of 2017. We’ll look at the similarities/differences among them, searching for trends threaded throughout.

I’m using the Billboard Top 100 Hot Dance/Electronic Songs for this analysis. According to Billboard, they determine this list using the following formula:

I choose their list because it’s an objective, balanced aggregate of the year’s top tracks. Check out the full list here.

I broke down and analyzed each track, pulling as much relevant data as I could. I noted the artists listed, the key, bpm, tempo, and more, keeping an out for trends and anomalies. Let’s take a look at what I found to be the greatest takeaways from the analysis.

The top artists aren’t too surprising, as The Chainsmokers, Calvin Harris, and Clean Bandit took the top three spots on the Hot Dance/Electronic Songs Artists of 2017.

Three artists accounted for 29% of tracks on the list: The Chainsmokers (15%), Calvin Harris (8%), and Marshmello (6%). The list was dominated by a small handful of artists, as 24 artists made it to the list more than once, accounting for 73% of the top 100 tracks. 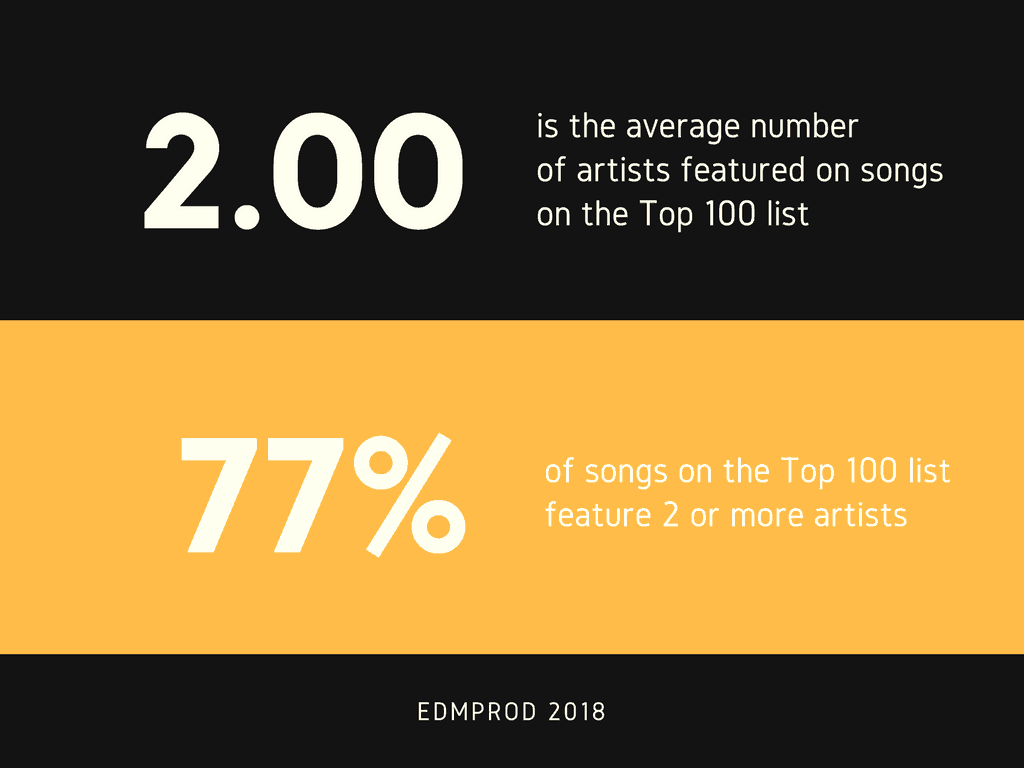 The data doesn’t lie: collaborations dominated the electronic industry in 2017. The majority of tracks had multiple artists listed. Further, duos/trios reigned supreme, thanks to groups like The Chainsmokers and Major Lazer. 40% of the top 100 tracks were from duos/trios, showing there’s a real strength in numbers.

If you’ve collaborated with another artist, you may have come across this question: Who’s listed first?

The music industry is a constant battle for attention. Being listed first or fourth on a track has the chance to make or break a career. In light of this, I broke down which types of artists were listed first on songs in the Top 100 list. 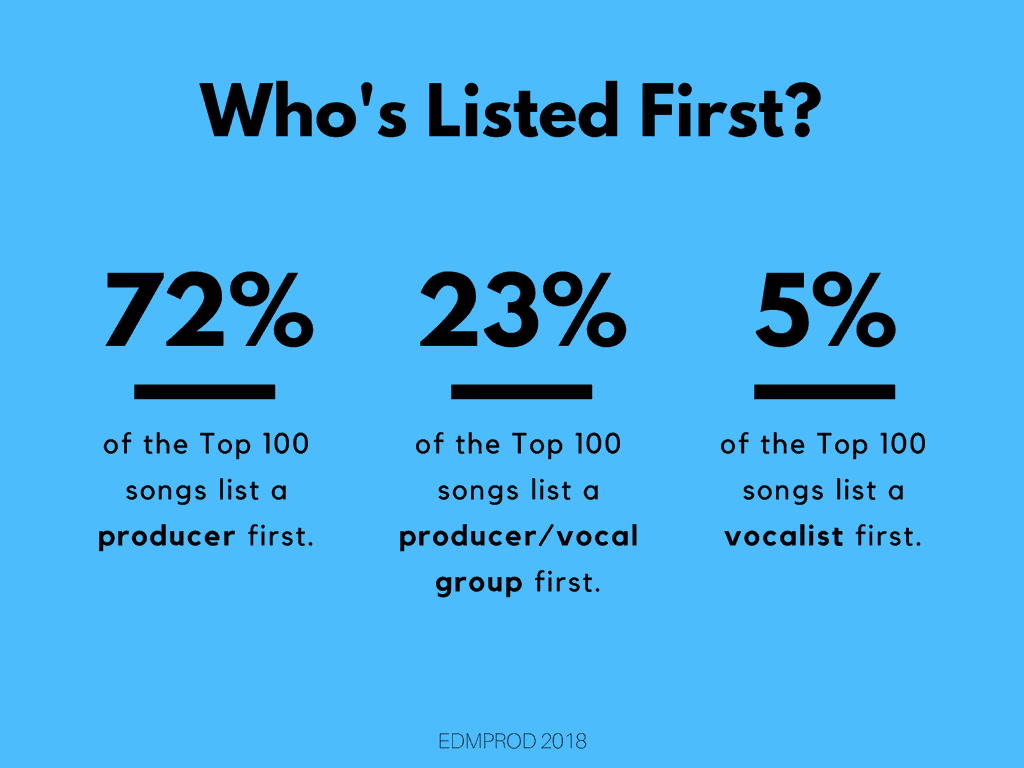 Vocalists were featured first only 5% of the time.

Why does this matter? This shows that the industry is favoring and rewarding producers. It’s not news that producers are growing in popularity, but this data shows that now more than ever producers and DJs are getting their fair share of the fame. In fact, only 2 of the 100 songs didn’t have a producer listed. 10 years ago, that sure wouldn’t have been the case.

While vocalists got slighted on the track credits, they were still an essential part of nearly every track on the Top 100 list. How much so? 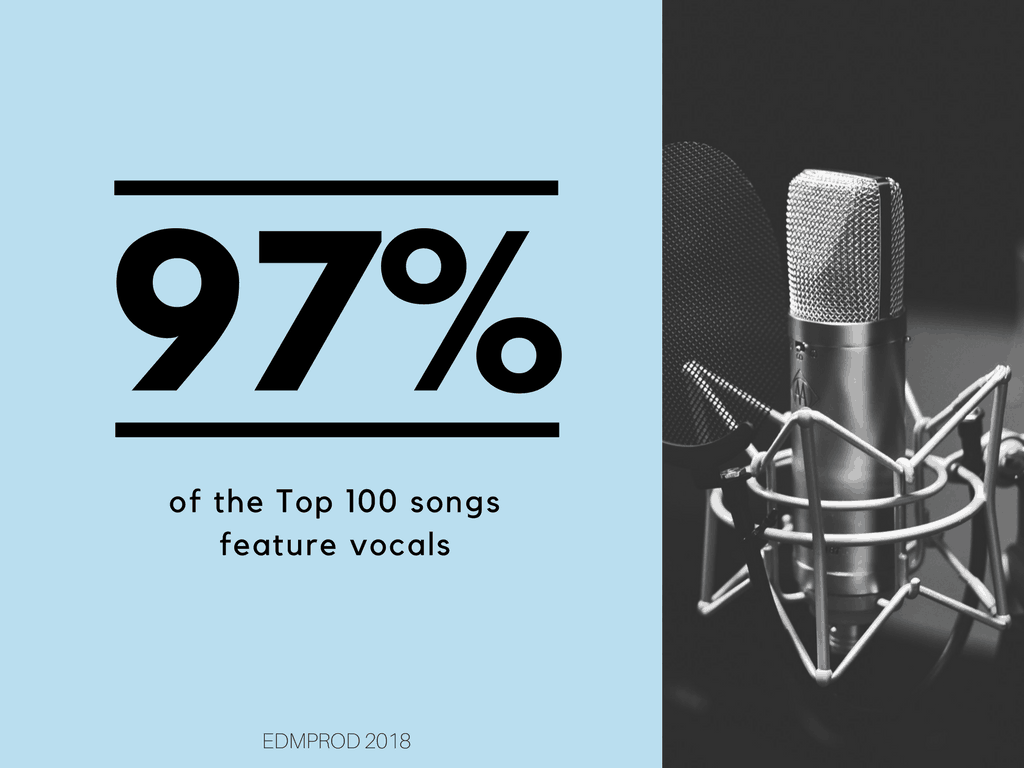 If you’re trying to make a chart topping dance track, it’s safe to say it helps to have vocals. Only three tracks didn’t have vocals, two of which featured vocal chops (Ahrix’s Nova was the only pure vocal-less track on the list). The split between male and female vocals was about even (55% had male vocals, 53% had female vocals), showing no strong trend in either direction.

Another interesting trend was the amount of tracks that featured unaccredited vocals. 10% of the list had vocals which were unaccredited. This includes popular tracks from artists such as Alesso and Galantis.

Why were the vocals unlisted?

This is speculation, but keeping the vocals unlisted means all the attention is on the producer: this is their track, not someone else’s. It’s their name fans remember, and their brand that gets the credit. Do you know who the country singer was on Avicii’s hit “Hey Brother” is? Neither do I, since the vocalist wasn’t listed on the track.

Looking at something as simple as the artists listed may seem insignificant, but to break through the noise you must focus on gaining every competitive edge you can.

Which key was the most popular? 17% of the list was written in C Major and A Minor (you know, the keys that are all white notes). This isn’t altogether surprising, as electronic producers aren’t necessarily known for their musical literacy.

The only key not to make the list? D Minor.

The saddest of all keys? D Minor. (Google it)

Could be a coincidence, but I think not.

Lastly, there wasn’t a strong preference between major and minor keys: the split was about even. 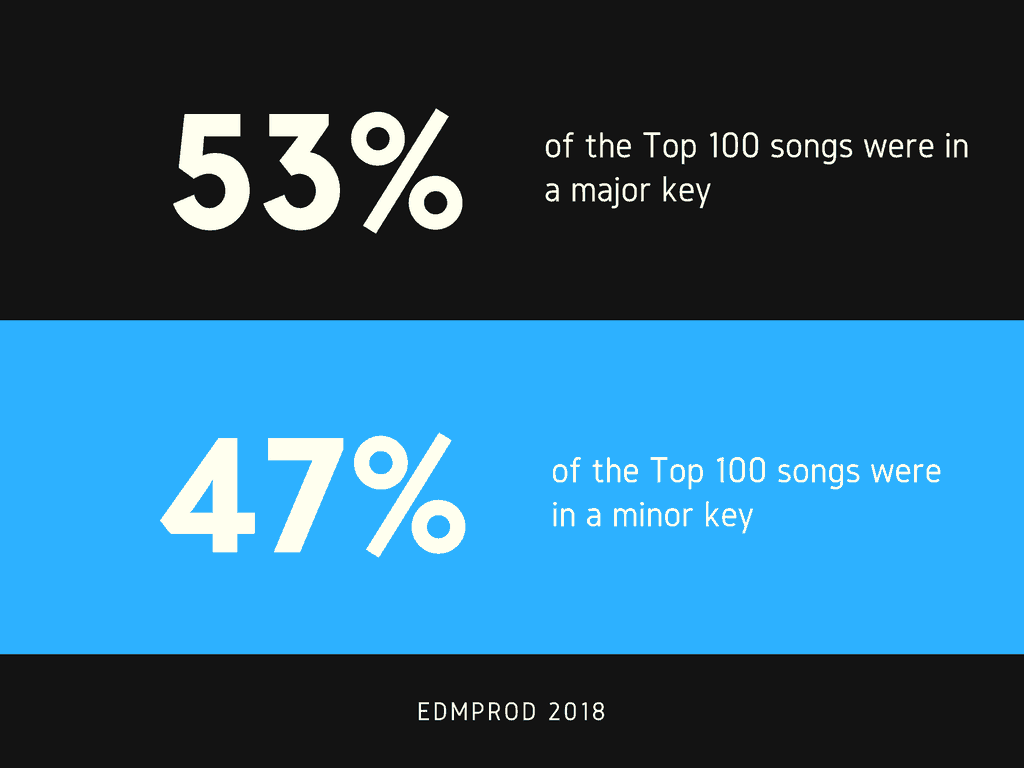 For the less exciting portion of this article, let’s look at the typical BPM and track length of the Top 100 list. 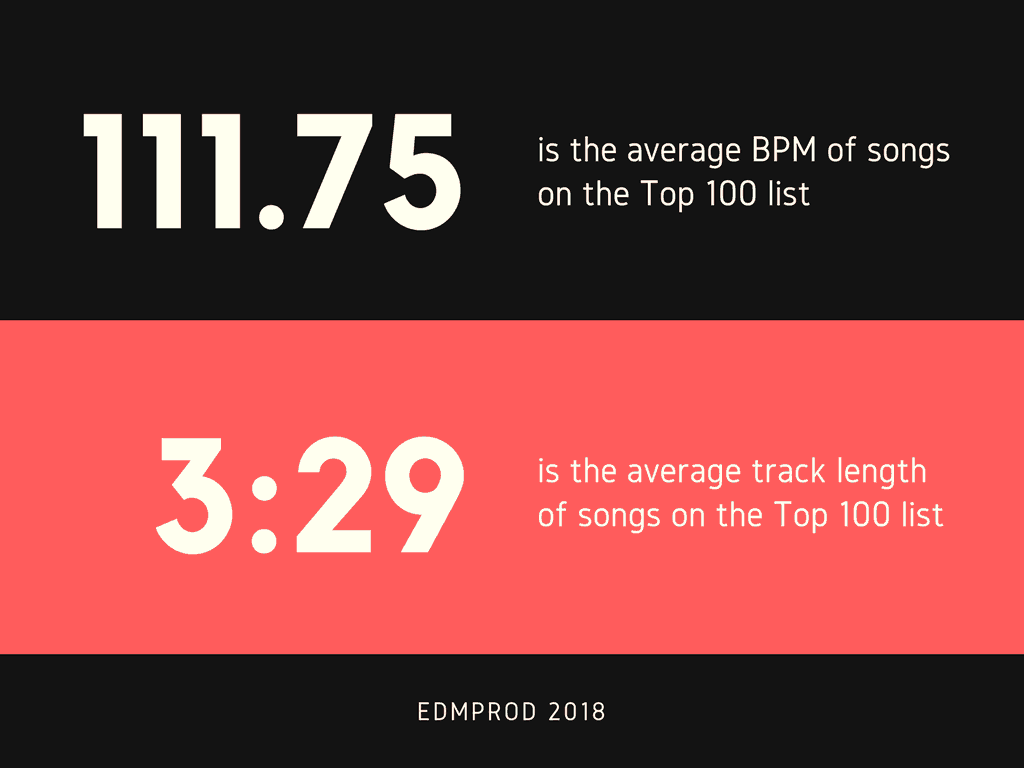 However, mid-tempo wasn’t the only way to go. Flume’s “Say It” was the slowest track at 75 bpm, and Skrillex’s song “Purple Lamborghini” was the fastest track on the list at 147 bpm.

Hopefully you’ve been able to take away something new from this article. I’ve always found the best way to learn music production is to break down professional tracks, learning what makes them work. Crafting a hit is easier said than done, but, as we’ve seen, there are clearly commonalities among the songs that take off.

Lastly, I’ll leave you with my “educated” guess about where the industry is heading in 2018: