The Art of Subtractive Music Production 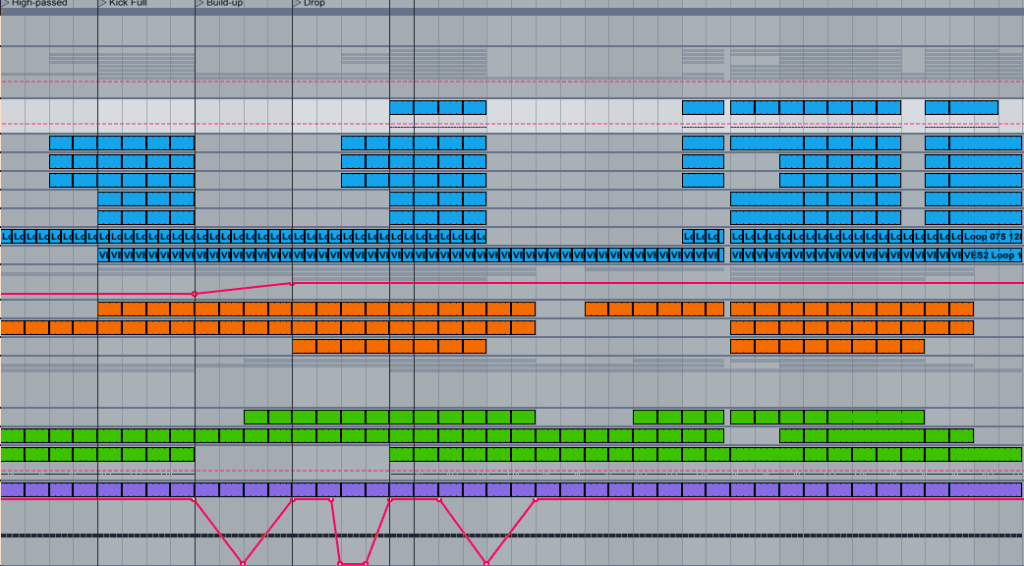 Struggling to arrange your song?

Subtractive music production is a great way to push past that initial loop stage (even though you normally start with a loop), and really get your arrangement down-packed.

What is Subtractive Music Production?

Subtractive music production is, in short, creation and elimination. The concept of it all is to let your creativity flow, without worrying too much about the logistics of music production, and then carving out the track later.

Instead of, say, starting off with a kick drum and bass, working out the arrangement, and adding elements from that point – you might build a loop with 12 different sounds going on at once, copy it out 150 bars, and then start taking stuff away.

Here’s a quick video where I explain how it works (ignore my sickness):

So you can see already that it’s a much more efficient way to work than spend hours on an intro, then a breakdown, and so on.

What’s so Great About it?

The main benefit to working this way is that it allows you to get the fundamentals out of the way first before moving onto the details.

What do I mean?

It’s far too easy to get hung up on the little details such as that crash cymbal at the start of every section, or the atmosphere noise that needs to be automated to come in more softly after bar 8. These are all problems that occur when we work linearly, or additively – one section at a time.

What sounds more ‘fun’ to you: Focusing heavily on building the perfect arrangement and intro, making sure everything’s in check, OR looping a section of 8 bars and adding random stuff in, seeing what works and what doesn’t?

I know that I’d have more fun with the loop. It provides more instant gratification and generally allows you to be more creative.

The way I look at it – be fun and creative initially, focus and be critical later on.

This isn’t for everyone. Some of you may find it extremely unnatural to work this way.

Another point to make is that this isn’t some magic trick that makes production easier. It’s just a more logical and efficient way to work. You’ll probably still come across writer’s block, and the “invisible barrier” as I like to call it (when things just aren’t working).

You may also fall into the trap of adding too many elements, so being critical is important if you’re working this way.

With all that said, I think the advantages outweigh the disadvantages, and I encourage you to give this a go.

Subtractive music production is fairly easy to implement, and I’m sure a lot of you have already done it without knowing.

Generally you’ll want to think of your loop as the chorus, or main section of the song. If you start with an intro loop, then you’re going to have to add a hell of a lot more later on, so keep that in mind when making a loop. You want it to sound full.

Wrapping it All Up

So we learnt that subtractive music production is a very creative way of working that combats the struggle that many of us have with arrangement and finishing tracks. That being said, there are some downsides, and it’s not for everyone.

Another thing to note is that this won’t work perfectly for all genres, unlike it did in the video. If you’re producing a more melodic genre such as trance or ambient – then you’ll want more musical progression and some sort of linear flow, this means you will have to dig into the arrangement view and create ideas. Regardless, it can still help and I’m sure you’ll find a way to implement it.

Have you tried producing this way before? Are you going to? Let me know in the comments section below!