How to Build a Production Library with Unfinished Projects 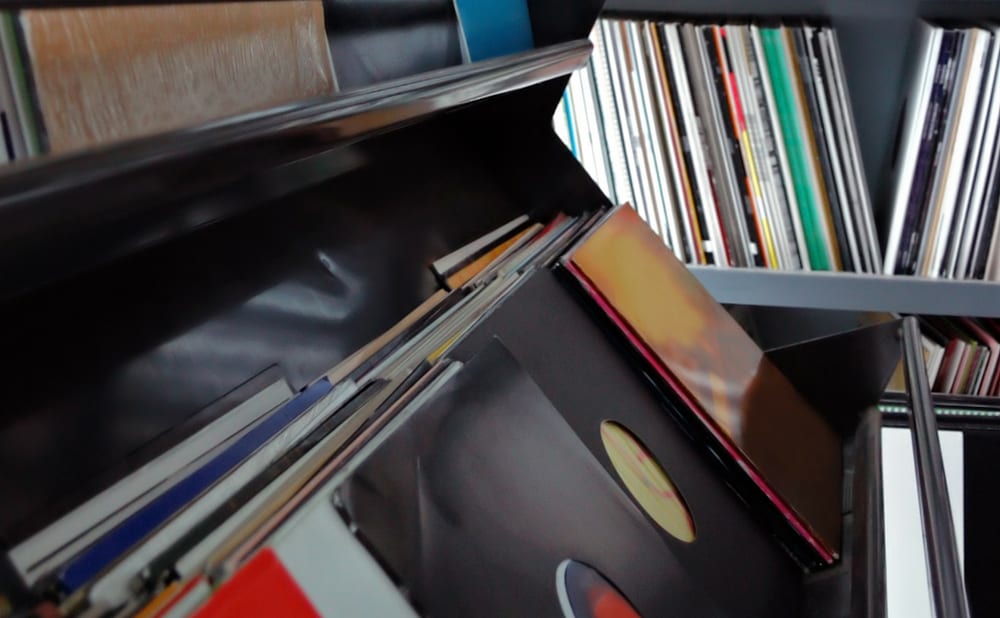 If you’re anything like me – you probably go through a particular process every so often that involves doing nothing other than opening all your old, unfinished project files and…

“Ahhh… time to start a new song.” You exclaim whilst sipping on a cup of coffee and staring at the default, blank template in your DAW.

Several minutes pass and you find yourself going around in circles. You figure that you should probably work on one of those old projects you abandoned weeks ago.

Except that doesn’t happen. You end up trawling through every project in your projects folder. You pat yourself in the back for coming up with good ideas. You think “You know what? That melody was really good. I should finish that track at some point.”

You go on pretending that you’ll come back to that project, but you never do.

There’s a better way to deal with unfinished projects. More specifically – projects that, if you’re being honest, you probably won’t work on, or at least not for a while.

The process is simple. You’re going to open each and every unfinished project, salvage anything that you think sounds decent, and then either delete or archive (on an external HDD or the cloud) the project to get it out of your mind.

This process can be time-consuming depending on how many unfinished projects you have. I do it every few months, and the last time I ran through the process it took me about 1.5 hours to process around 25 projects. It’s worth setting aside a solid block of time.

I’ll run through the exact process I use in just a moment. There’s a huge benefit to doing this that you have to understand first. 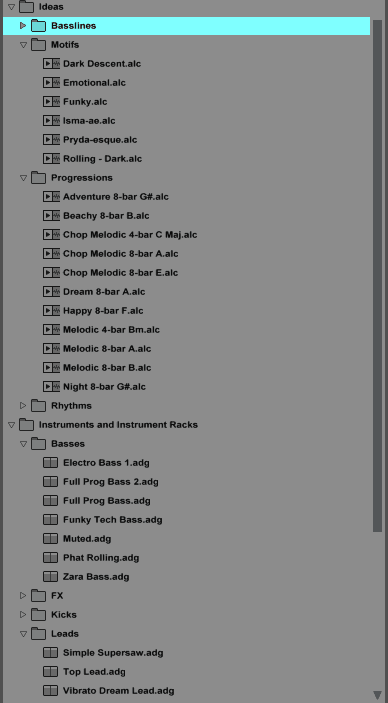 The whole point of going through unfinished projects to salvage material is to use that material later on – to have access to that certain sound or motif when the project you’re working on calls for it.

When you salvage loops, melodies, presets, racks, and anything else from a project – you add it to your production library.

A production library is your own personal collection of ideas, sounds, patches, and anything else that you deem useful. It’s something that grows over time, and it’s incredibly beneficial to actually have one.

Here are just some of the benefits to having a production library:

There are many more benefits, but I’m sure you can already see how helpful it is to have your own library. If there’s one thing you take away from this post, it should be to START BUILDING YOUR PRODUCTION LIBRARY.

You’ll thank me a year from now.

There are two methods for processing unfinished projects: the ruthless method, and the non-committal method.

The ruthless method is built on the notion that it’s sometimes beneficial to delete work you’ve done so that you can start fresh with less distraction and more focus and direction. However, it’s not everyone’s cup of tea, which is why the non-committal method exists.

The only true difference between the ruthless method and the non-committal method is that with the latter, you don’t delete projects you’re not excited about, you just archive them. You hide them from yourself by putting them on the cloud or an external HDD. You remove them from your main “projects” folder, but you don’t delete them.

You may be wondering why anyone would use the ruthless method when digital storage space is a plenty in this day and age. The truth is, some projects just aren’t worth keeping. There might be an idea in there that you can extract and place in your library, but once you’ve pulled that idea, there’s really no point in keeping the full project around.

If you’re not sure what method to use, just go with the non-committal method. It’s the safest.

Step 1: Set up your production library

My production library consists of the following folder structure. Yours may be different depending on your needs:

I handle all of this through Live’s User Library section, so that I can access it quickly when I need to.

The Ideas folder contains only .alc files, which I’ll explain in more detail during step 3; the Instruments & Instrument Racks folder contains only Live racks, that typically contain a synth or sampler (often already layered and processed in the rack); and the Samples folder simply contains audio files. I don’t have any “one-shot” samples in here because I rarely make my own one-shot samples, and it’s relatively easy to find a decent one-shot if you know your sample packs well.

Because I’m primarily a Live user, I like to keep everything as native as I can. Yes, I could use MIDI files in my Ideas folder, and yes, I could save synth preset files in my Instruments & Instrument Racks folder, but there’s little point in doing so. 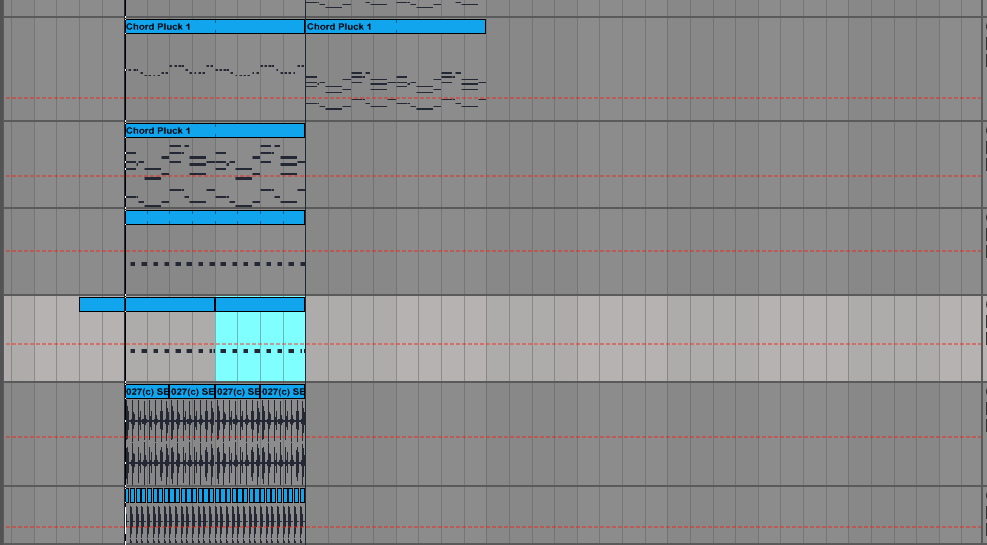 This part of the process is straightforward. You trawl through each project and extract anything you think is worth adding to your production library.

For example: I open a project that contains a really nice pluck sound playing a beautiful chord progression. As a Live user, I can simply drag the clip on the playlist to the Ideas folder (specifically, Progressions) in my production library, and it will save both the MIDI data as well as the instrument rack and any effects on the track that chord progression is contained on.

Why not just use MIDI clips?

You can export MIDI to your production library if you want, and depending on what DAW you use, that may be the only option. If you’re a live user, however, it’s a good idea to simply drag the clip straight to your library as a .alc file. The reason for this is because a MIDI clip contains only so much information. If it’s a simple MIDI clip, you may forget the sound that it was originally used with. When using a .alc file, you can preview both the MIDI as well as the original sound you used when you composed it in the playlist. You’ll instantly remember where it was from and figure out how you can use it in a new or existing project.

If I really liked the pluck, I could save that as an instrument rack separately and place it in my Instruments & Instrument Racks folder.

Ableton Live Tip: If you come across a project where you’ve used multiple layers on different tracks to create one sound, it’s a good idea to consolidate those tracks into one single instrument rack and then save it to your production library instead of saving individual layers. That way, when you’re working on a project and need that particular sound, you can save time by dragging in an already-layered, already-processed instrument.

In the project I’m salvaging, there might also be a nice drum section. I don’t really want to save each individual drum hit to my production library, but rather the full loop.

The easiest way to do this is to set up a new audio channel, change the input to resample, and simply record the drum section by itself into the new track. The recorded audio can then be consolidated or cut to its appropriate length and then dragged into your production library.

At this point, you’re really done. If you’re following the ruthless method, you may delete the unfinished project at this point, or otherwise simply place it in another folder out of your sight. If it’s a project that’s quite close to being finished, then leave it as is and set yourself a reminder to work on it.

It can be frustrating having a bank of unfinished projects reminding you of your failures (they aren’t failures just for the record, but I know it can feel that way sometimes).

But those unfinished projects have more uses than baby-sitting your hard drive space. They can be processed, salvaged, turned inside-and-out to help grow your personal production library that will benefit you, as a producer, for many years to come.

Before you leave, I want you to answer this question: How many unfinished projects do you have on your computer right now? Leave your answer in the comments section below!