A Conversation with Jesse Brede on Success Habits, Creative Structure, and Networking 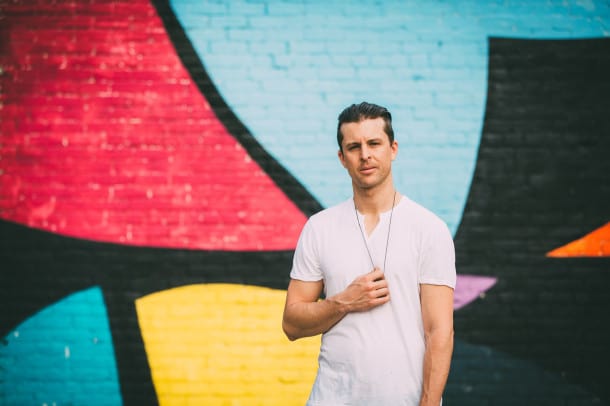 I didn’t know who Jesse was before someone commented on a recent status of mine where I asked for guest recommendations for the Prodcast.

I hit him up, we set up a call, and ended up talking for well over an hour about… well… everything.

Jesse is a genuine guy. He cares about putting good music out into the world. He cares about helping others (he even sent me a book for free—listen to the episode to hear why).

Not only is he genuine—he’s insightful. This episode is jam-packed full of wisdom, lessons from him and others, stories that will etch into your mind, and much more.

Listen. Take notes. Leave a comment if you enjoyed it (which I have no doubt you will).

In this episode, you’ll learn:

There were a few key themes that resonated with me, so I’ve highlighted them below.

The last question I asked Jesse was, “What advice would you give your 20-year-old self?”

His answer: “I wish I had started my own company earlier. I was scared to just jump in with both feet.”

Honestly, this is a tough one for me, because I see a lot of people jumping with both feet too early. I’ve received emails from producers telling me that they’ve quit their day jobs to go full time into music, yet they’ve only been producing music for 4 months.

And I don’t think it’s wise to do that. Especially if you have people depending on you (wife, kids, etc.)

But, I do agree with Jesse. I think most people hesitate for too long.

If you jump with both feet, the worst that can happen is that you fail.

If you fail, you’ll have learned something. You can always go back and get another job.

“I went to high school with Chad from Tritonal. When he really got serious about producing and he met Dave, they were in the studio from 9AM in the morning till 6PM, 6 days a week. It was unrelenting.”

One of my favorite parts in this interview is when Jesse tells this story about Chad and Dave (Tritonal).

They hustled for something like three years. 9-6, 6 days a week.

When they started gaining success, Jesse said, they invested everything back into the project.

If you want to actually make it in this industry, you gotta be like Chad and Dave. You’ve got to be relentless. You’ve got to set standards for yourself. It’s the daily grind that makes the difference.

Be unbalanced in your giving

Jesse didn’t say these exact words, but he lives it out.

But that’s not what I’m getting at.

After I finished this interview with Jesse, he said he’d intro me to a bunch of people. He did.

He then asked me who my dream guest was. I told him. He said “I’m working on it.”

A few days later I received a package at my house. I opened it. It was The Power of Habit, which he said he’d send me (I didn’t know he was being serious).

The point? Give as much as you can. Help people you want to connect with. Don’t worry about what you’re going to get in return—if they’re a decent human being they’ll want to pay you back.

Want to listen to my whole conversation with Jesse Brede? Check out the recording below: