A Step-by-Step Guide to Making Your Song More Interesting 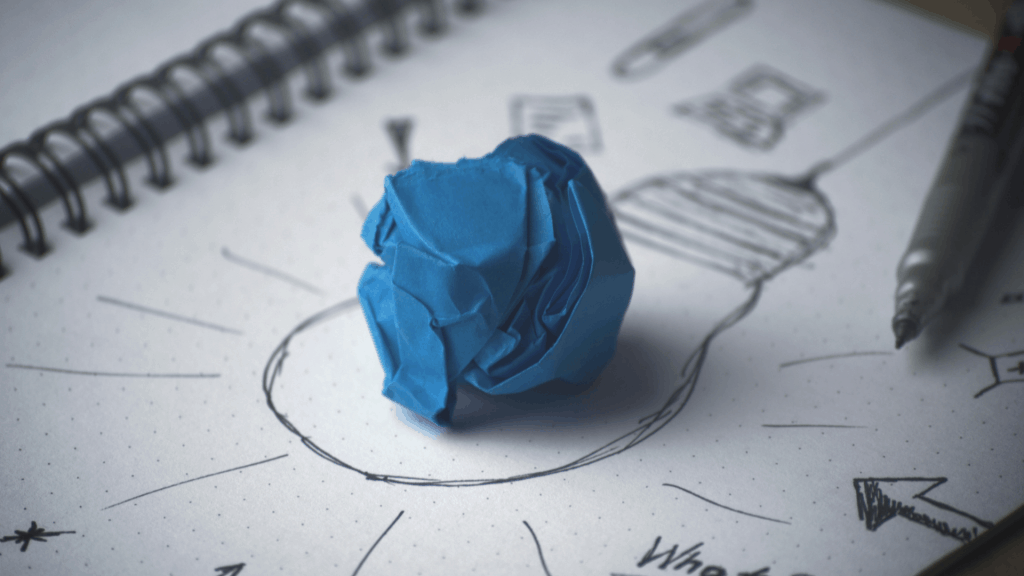 You let out a sigh as you click the “export track” button in your DAW after a long day in the studio.

You’ve spent hours on this one, and you’re proud of it. The next step? Asking for feedback from your producer friends. You know they’ll love it.

“This sounds good man. I love what you’ve done in the drop, but I just feel like the song gets a bit boring after a while. Like, it’s not interesting enough. There’s not enough going on.”

Creating an interesting song is difficult. It’s easy to go too far and make something unnecessarily complex or not go far enough and end up with a skeleton of a song instead of something that’s enjoyable to listen to.

In this post, I’m going to share a step-by-step approach that you can use to make your music more interesting.

When faced with a track that seems uninteresting, the default solution for many producers is to add more stuff.

Now, adding more stuff can make a song more interesting, but it only works if the fundamental ideas in your track are interesting in the first place.

If your melody is too repetitive, badly written, or simply not catchy enough, it will cause listeners to lose interest.

If your drums are a key part of the track and they never change, then it’s likely that your drum sequence is contributing to a lack of interest.

The easiest way to fix this is to start with your chorus, or the most important part of your track. If you can fix the composition in your chorus/drop and make it interesting, the rest will follow.

Let’s run through an example.

As you can hear, this isn’t terrible. The melody is decent, it’s catchy and there’s enough variation for it to be repeated.

The bassline on the other hand is boring. It repeats the same note across the 8-bar section. 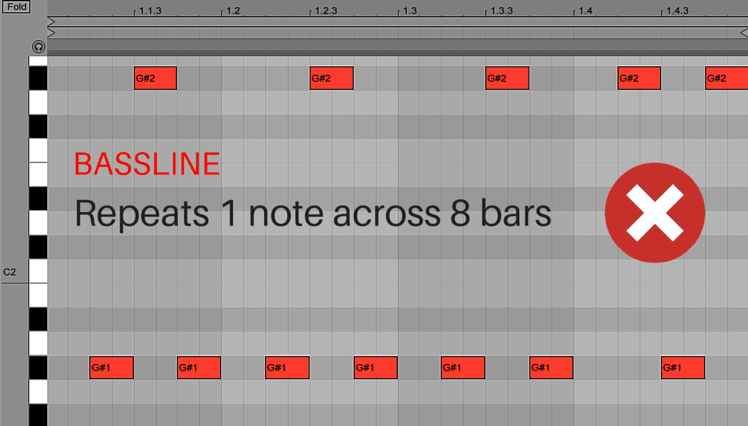 Let’s change a few notes around and compare the difference.

A few things to keep in mind when doing this:

If your track is well written and you’ve added a bunch of FX but it still bores the listener, it might be because it’s simply too long.

There’s an art to making shorter arrangements. You need to introduce ideas faster. You need to be more creative with transitions. And most importantly, you need to rip out everything that’s not important.

But if you do this, and you shorten your arrangement to the point where it leaves the listener wanting more, you’ve made an interesting track.

One way to add interest while making your song more memorable is to include a motif.

It’s a small idea that repeats itself multiple times throughout the arrangement.

In a lot of electronic music you’ll hear the first few notes of the melody or vocal being played during the intro (and often outro). This can be considered a motif.

Kyau & Albert’s About The Sun does this with the vocal:

A lot of producers go overboard when using FX. They feel like they have to add 5 different crash cymbals or other producers will call them out on it.

No one cares if you use the same crash cymbal every 16 bars, in fact, it’s probably a good idea to do that as it add cohesion to the arrangement.

So, when it comes to adding FX–be it crash cymbals, white noise, downlifters and snare rolls–be liberal when adding them, but don’t feel you need to have 20 different channels of FX. Sometimes you just need a few core sounds to build up the bulk of your FX sequence.

The final step in the process is to run through each channel/instrument and ask yourself whether you can tweak it or automate a parameter on it to make the overall project more interesting.

The way I like to do this is start at the top of my channel list and work down. 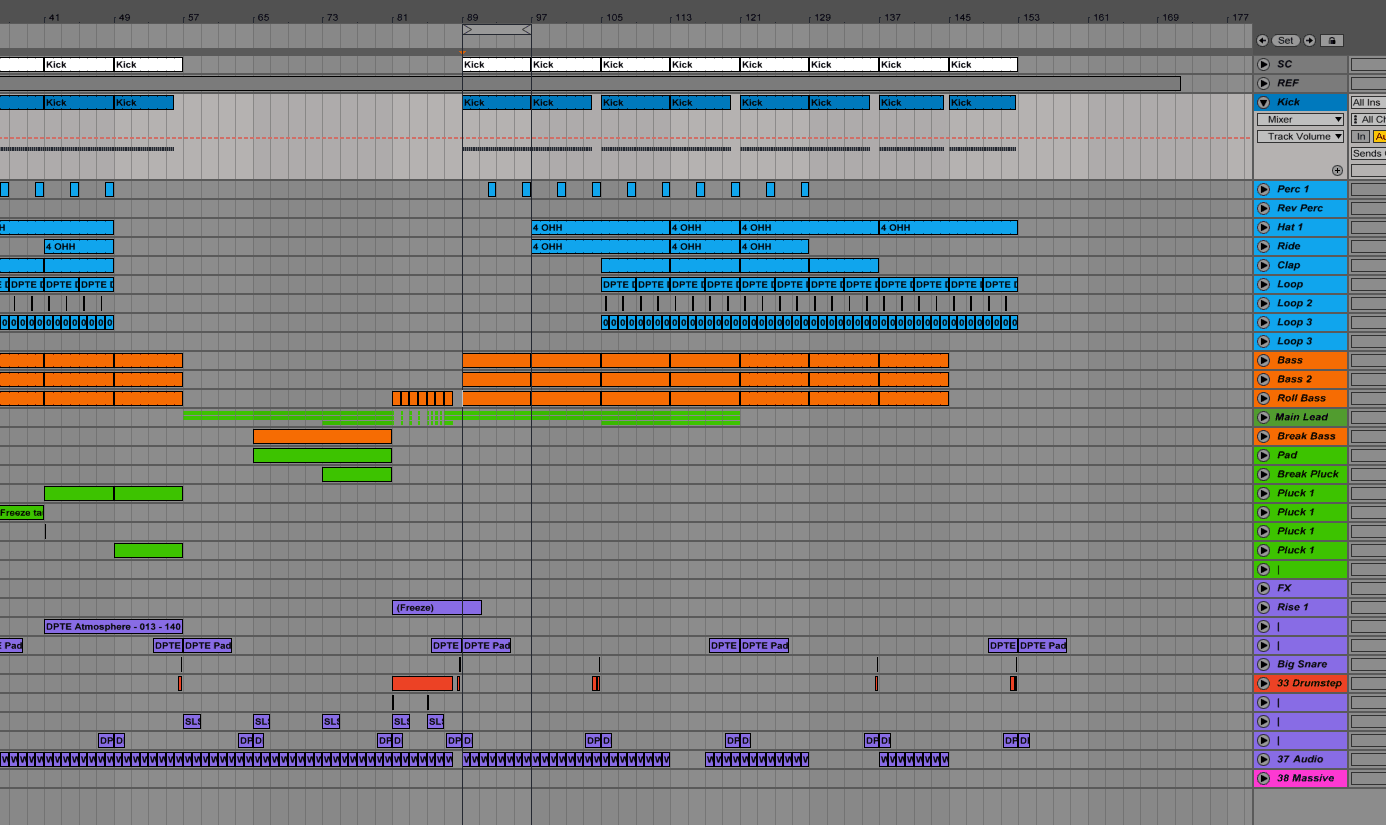 In this case, I would start with the kick. Here’s what I might do:

I’d then move on to the Perc 1 channel and see if it’s lacking in the interest department or if there’s anything to be improved. The goal here is not to make each instrument or channel sound interesting by itself. In fact, the majority of the tracks will remain untouched.

This is a straightforward process, but it forces you to think about how each element contributes to the whole.

Making interesting music is important. You have no more than 30 seconds to capture the listener’s attention, and once it’s captured it’s very easy to lose.

I encourage you to use this process. Tweak it. Try different steps. Or even simplify it if you feel like I’m overcomplicating things.

Question: what techniques or processes do you use to make your music more interesting? Comment below!