Why You Should Finish More Music 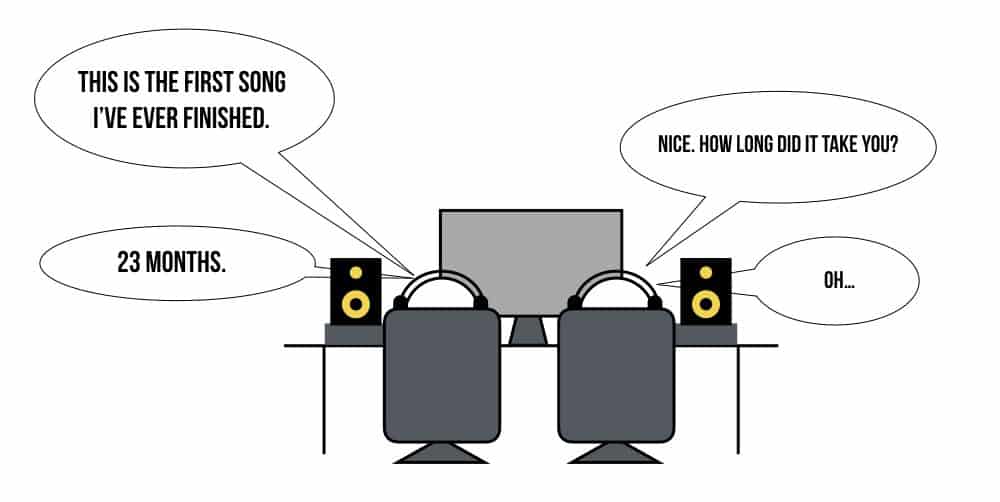 You know the benefits to finishing music.

You know what it feels like to finish a song (hopefully). The sense of accomplishment. Satisfaction. Pride…

I was prompted to write this lesson after coming across several newer producers who’d spent 3+ months on their first song. This is a bad approach. I’m going to explain why. 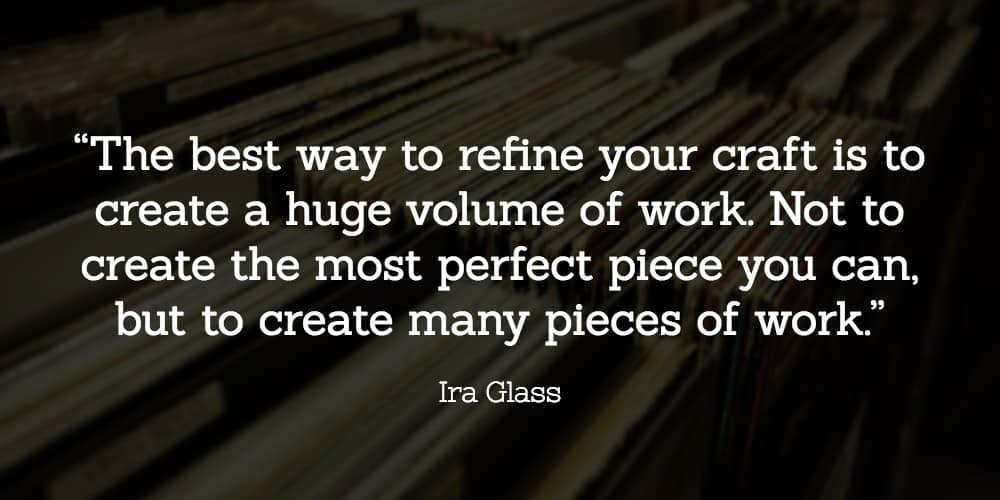 One of his key findings was that, on average, those who excel in creative fields aren’t qualitatively better in their fields than their peers. What made them different is that they produced a lot more work.

Of the 50 greatest pieces of classical music, as chosen by the London Philharmonic Orchestra, six pieces were by Mozart, five were by Beethoven, and three were by Bach.

Mozart composed over 600 pieces of music before passing away at age 35.

Beethoven produced 650 works in his lifetime.

And Bach? He wrote over a thousand.

Quantity leads to quality, and if you seek quantity over quality, you will get both.

When you focus on quantity, you develop your production skills more quickly.

If you spend two months on one song, you’ve spent two months writing one melody, programming one drum sequence, performing one mixdown.

If you make eight songs in that same time period, you’re doing all those things eight times. You’ll improve more quickly as a result.

If you spend two months on one song, you can really only ask for feedback once or twice near the end of the production process.

But if you make eight songs in two months, you have seven opportunities to use the feedback gained from the prior project to benefit the next.

Quantity increases your chance of being seen

Back to Dean Simonton for a moment.

Simonton concluded that those who excelled in their respective fields did so because of the quantity of work they produced, which gave them more variation and a higher chance of originality.

He puts it like this: “The odds of producing an influential or successful idea are a positive function of the total number of ideas generated.”

If you want to one day make a hit song, it’s best to focus on quantity. That’s what increases your odds.

Won’t my music sound worse if I focus on quantity over quality?

Not in the long run.

Sure, the first track or two that you finish when focusing on quantity may lack the same level of polish as the track that you spent two months on has, but that lack of polish disappears quickly as you finish more tracks in rapid succession.

In fact, your music will sound better if you focus on quantity. That’s the whole point.

Is there a point where I should focus on quality?

The point of focusing on quantity over quality is not that you should carelessly pump out music that’s bad because you’re putting less effort into it.

The point is that you shouldn’t get hung up on minor details. If a track is taking too long, don’t abandon it, rather, try and finish it in any way you can.

You’ll know when you need to bunker down and spend more time on a project. You’ll know.

What does this mean in practice?

It’s clear that your focus should be on creating a large volume of work, especially if you want to get better and even more so if you want to build a career in music.

But what does this really mean?

First, it means not spending months on a single song.

Second, it means lowering the bar a little bit. The best creative geniuses don’t aim for perfection, they aim for completion. This doesn’t mean you shouldn’t have any standards for your work, it just means you accept that not every song you produce is going to be perfect.

Third, it means working at a fast pace. If you finish a song in a day, that’s awesome. Don’t feel guilty and don’t feel like you have to put more time into it.

Aim to finish at least one song a week. The more the better. You’ll notice yourself improve rapidly.

And finally, become comfortable with the fact that not all your music will be appreciated. Not all of Shakespeare’s 37 plays were popular. In fact, two of them in particular “Timon of Athens” and “All’s Well That Ends Well” have been heavily criticized for messy prose, incomplete plot and poor character development.

If 6 pieces of Mozart’s music were added to the top 50 classical pieces of all time, that’s a 1% hit rate.