Song Analysis: Above & Beyond – Walter White 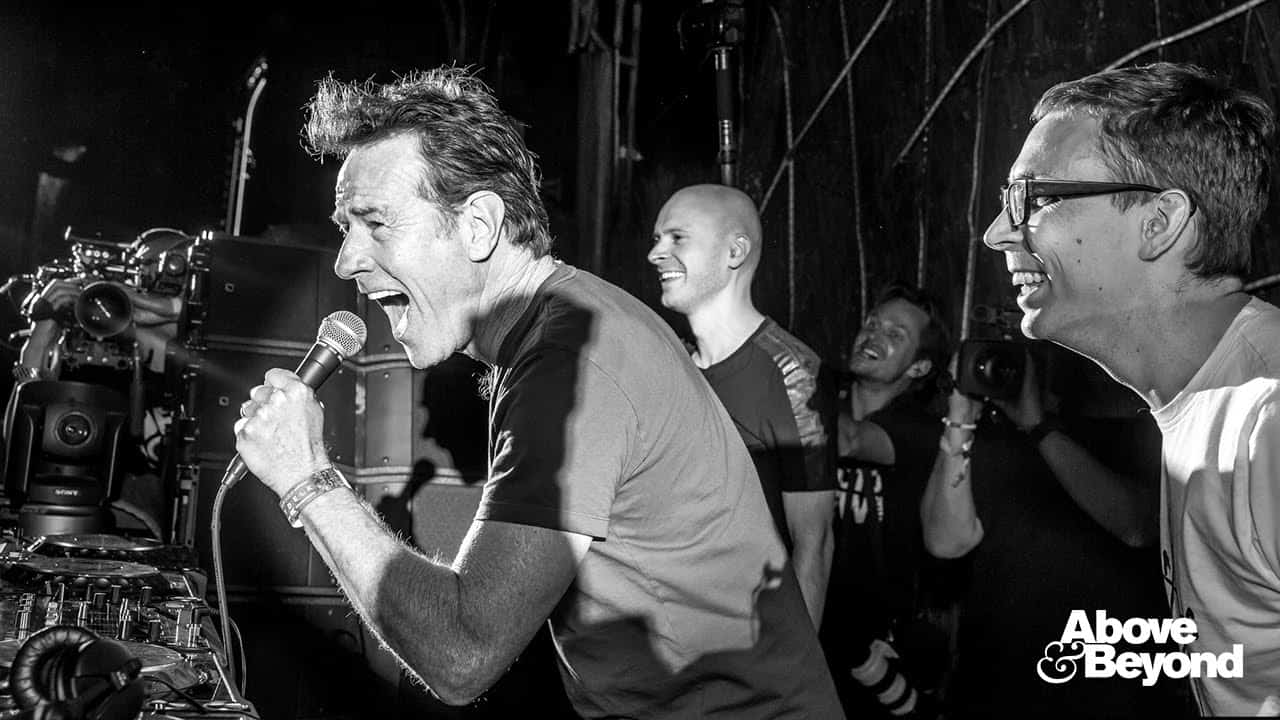 “This week’s Record of the Week is a tune inspired by the lead TV series Breaking Bad. He starts out nice, has a revelation and then breaks bad. Just like the tune.” – A&B

It’s one of the best TV shows of all time.

But have you heard the song that goes with it?

Walter White was first premiered during Group Therapy #001 in Bangalore, India. It soon became a classic, which is no surprise considering it was made by supergroup Above & Beyond (if you call yourself a producer and you’re not sure who they are, then you’ve got some study to do).

It’s a great tune, and I had a blast analyzing it. Like most A&B tracks, there’s a ton to learn from it, so I encourage you to do some analysis yourself.

I’ve heard this song countless times, so it’s hard to share my “initial” thoughts or give a first-listen perspective. That said, there are three key things that stand out in this track:

It’s worth mentioning the use of silence in this track. The bassline during the intro is rather “blocky” and almost sounds like it’s held back. This is characteristic of Above & Beyond’s more recent tracks.

For comparison, listen to the bassline in this track from Sunny Lax with Super8 & tab.

The track kicks off with a simple yet powerful drum beat.

A few things to note:

At the end of this phrase, during the second half of bar 16, we hear a few sounds in rapid succession. The first is a pad sound, and the second two are from the bassline we hear later on in the track starting bar 49 (note that the first bass sound is panned hard left here, and plays in the center during the actual drop).

We hear a restrained crash cymbal, and a new tom over the top of the original beat.

A new percussion sound plays after the third beat of every bar (listen for the variation – there are two sounds layered, and only one of them plays during the second appearance).

As soon as this section starts, we hear a pitched riser increasing in intensity (and pitch, obviously). This, coupled with the extra hats that come in on bar 25, build tension into the minimalistic build section that follows.

A lazor-esque sound aptly signals the transition from full-percussion-with-a-bunch-of-high-end to the low-energy starting point for this build section.

The underlying tom sequence continues, but we hear a softer kick drum along with what sounds like a simple saw wave with phaser applied to it. This quickly fades out. A riser comes in,along with an atmospheric synth stab.

Starting bar 41, we hear the hi-hats fading in.

All of this is interrupted by three loud snare hits, before a signature A&B glitch transition into the drop.

The first beat of the drop has a ton of impact. We can hear a vocal sample (“..go?”), a wide bass sound, and the restrained/shortened crash cymbal that we heard at the start of bar 17.

What follows is more interesting. Let’s have a look at the bassline.

There are three main bass sounds that make up the bassline:

Not too complicated, huh?

I mean, if you looked at A&B’s project file, you’d probably find far more than three simple layers, but the fact is, there are three distinctive sounds. A lot of people listen to songs like this and assume the bassline is super complex, when it really isn’t.

Anyway, the first sound is just a simple buzz bassline. You’ll find sounds like this in most preset packs. Vengeance Electroshock 2 has a good amount of bass shots in this style as well.

The stab sound is a little more unique. It sounds like it’s been made in Massive, but that’s really just wild speculation.

The third sound is the one we hear on the first beat. It’s wide, and is dubstep-esque (hence the name I’ve applied to it). This plays every two bars to extend the sequence.

The second section 16-bar section isn’t radically different to the first, but instead builds upon what’s already playing. At the start, we hear an off-beat hat play along with an extra percussion sound.

A pluck sound in the background helps build tension along with a few other elements (ride cymbal, noise, riser, etc).

The drums stop, and the bassline fades out as a serene pad fades in.

There’s a subtle rhythmic sine-wave pluck (distorted), that almost sounds like it’s under water. This contributes to the atmosphere.

Starting bar 89, we hear the chord progression which continues throughout the breakdown. This provides a bedding for the memorable guitar melody which is introduced at bar 96.

The guitar plays the following:

This guitar has a full-bar delay on it, except the delay is processed differently; it’s much less bright and has less of a transient.

The chord progression also changes on the last play through. Instead of playing the D#7sus2 (correct me if that’s wrong), it moves up to an A#m. This doesn’t resolve. It leaves you in a state of anticipation.

One thing that also contributes to tension is the fact that we don’t hear the second guitar motif at bar 124. We expect to hear it, because that’s what’s happened the last few times, but this time we just get silence.

Takeaway: Playing part of your melody without resolving it can be a great way to add tension.

Walter White turns toward the dark side.

We hear a massive chord stab sequence with a harsh reverb pumping around it. This sequence is incredibly simple, as can be seen from the MIDI below.

Eight bars after hearing the chord stabs in isolation, a snare roll starts building up. This is followed by a riser, and a highpass filter removing the lows.

The chorus is more simple than you think. For the first 8 bars, there’s nothing other than the chord stabs, a saw bass, a kick drum, and some noise.

The clap sequence we’ve heard throughout the song comes in during the second 8 bars.

Note: we hear a quick pumping bass note during the middle of bar 158. This doesn’t appear again until the chord change section.

This sounds quite uncomfortable, even more so than the original sequence. To me, it reflects the deterioration of Walter White’s life.

Other things to note:

The outro drop is pretty straight forward. The bassline from the second half of the chorus continues alongside the heavy ride cymbal (which sounds a lot more like an open hi-hat or splash cymbal, but whatever).

A few extra hi-hats come in, along with some washy noise FX. The bassline starts to fade during the last 16 bars.

Not much to mention here. We have a subtle bass sound lying in the background. The drum sequence consists of a kick, clap, reverse cymbal, and tonal percussion sound.