The Best Way to Improve as a Producer? Remake Other Music 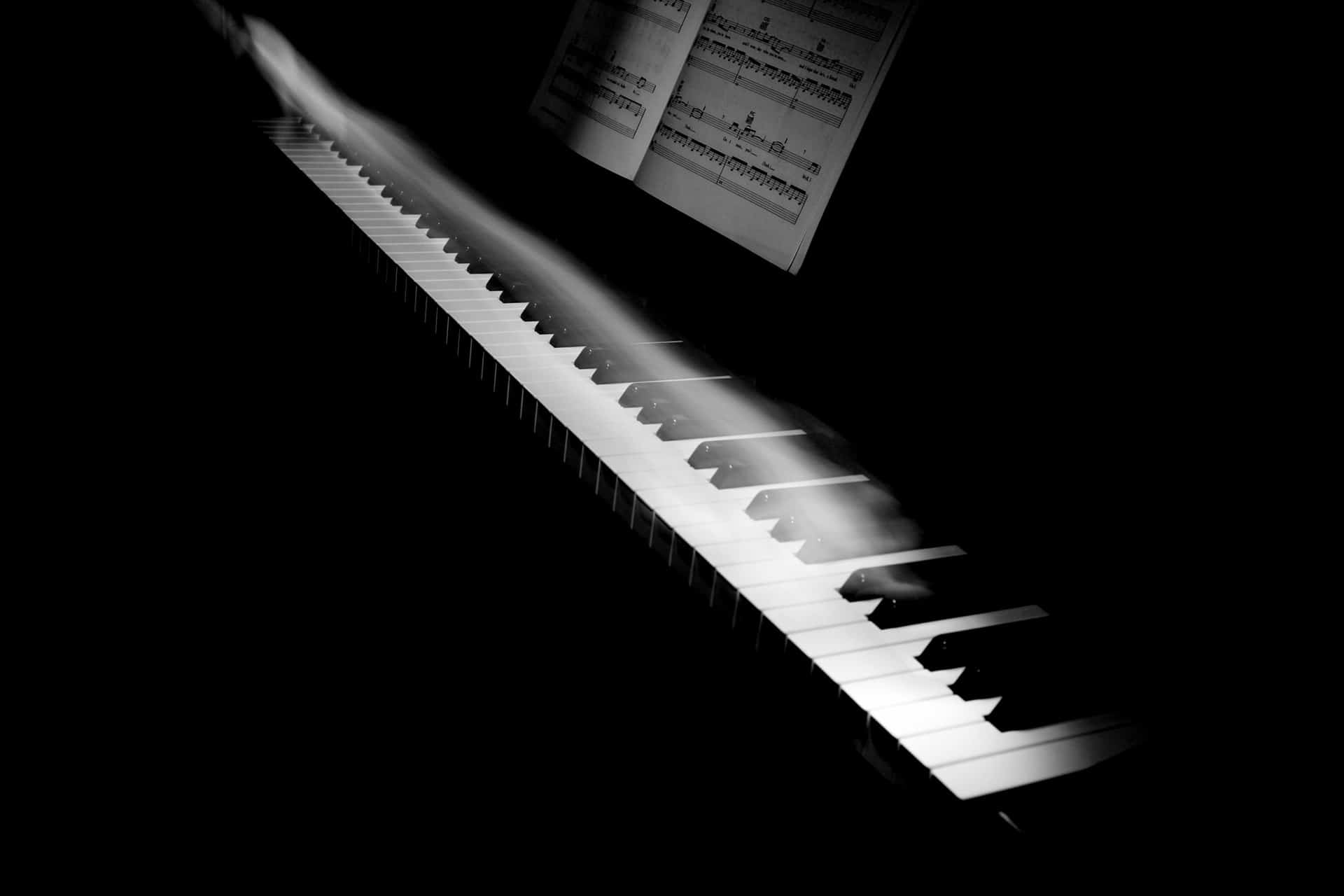 I take it that because you’re on this website, and because you clicked through to this article, you want to become a better producer. You want to make better music.

That’s great. But how do you actually become good?

The two essentials are time and effort. You can become a good producer with those alone. But is it the best way?

Is making 100 originals over the course of 5 years the best way to become a good, or even great producer? And by “best” way, I mean the one that involves the most leverage, where the time invested has 2x or 3x more output.

I don’t believe it is.

In this article, I explain why.

Note: I’ve written on the importance of deliberate practice for producers in my book.

Daniel Coyle, author of The Talent Code, defines deliberate practice as “working on technique, seeking out constant critical feedback, and focusing ruthlessly on shoring up weaknesses.”

I won’t go in to why deliberate practice is important, because there’s plenty of literature that does so. What you should know is that it’s the scientifically-proven best path for skill-building.

But some fields are more conducive to deliberate practice than others.

Take the act of learning guitar, for instance. If you’re trying to learn a specific song, and you attempt to play through it, you’ll notice every mistake you make. You might hit a wrong note, accidentally slide your finger over the fret, or fail to pluck the string just right.

The same goes for a football player who can pinpoint exactly where they messed up.

Now, producers can do this, but it’s not as easy. We don’t have a perfect reference point. When we’re working on original music, we don’t necessarily know when we’ve failed to “pluck the string just right.”

That’s not to say we can’t correct anything. If something’s too loud, we’ll turn it down. If a note is out of place, we’ll move it. But these are things we already know how to do. They’re easy, and they do not fall under the umbrella of deliberate practice.

In other words, doing such things does not improve skill. It’s like the guitar player who plays the song he’s mastered over and over again. He’s not really gaining any new skills by doing so, and if he is, he’s nearing the point of diminishing returns.

So, simply making track after track is not deliberate practice. In fact, it’s far from it. You’re rarely operating at the edge of your ability (unless you’re a complete beginner).

The best form of practice is remaking, or recreating other works.

Before you get all up in arms about plagiarising and stealing, know that I’m not talking about copying other music and passing it off as your own. I’m talking about remaking other tracks purely for the purpose of practice and education.

But why is this deliberate practice?

Well, when you work on an original, you don’t have a clear direction of where you need to go. As a result, you often default to the path of least resistance, which is doing what you know (and by doing what you know, you’re not practicing purposefully).

But when you decide to remake something, you do have a clear direction. Everything is laid out in front of you. You’re forced to figure out things for yourself, and you can’t just default to the path of least resistance because it won’t work. It won’t sound close enough.

You’ll find yourself asking, “How on earth did they do that?” and spending the next hour trying to figure it out.

You’ll spend uncomfortable amounts of time trying to figure out which chords are being used, why the kick drum is so punchy, how to create that crazy effect in the breakdown, and so forth.

Why? Because you’ll constantly find yourself at the edges of your ability. Like the guitar player, you’ll spend numerous hours trying to fix something minor.

There’s a twisted sense of satisfaction in doing this. It’s painful, but you know it’s worth it.

In case you’re not convinced (which you’re probably not, because the picture I’ve just painted is not pretty), let me explain why remaking tracks is the best form of learning.

Note: for more information on deliberate practice, I recommend reading Peak: Secrets From the New Science of Expertise.

I’ve always liked the notion that nothing worth doing is easy. There are exceptions, of course—lying on the beach is worth doing and also easy—but for the most part, it rings true.

Remaking tracks is the best way to improve, but it’s also the most difficult, and that’s why few people do it. I’m willing to bet that 90% of people who read this will not go away and implement a routine of consistent deliberate practice that involves remaking other tracks.

It’s an indirect form of mentorship

You might not be able to give Axwell a quick phone call and ask him to come down to your studio, but you can remake his tracks and get inside his head. You can pick up on techniques that he uses, or at least figure out alternatives. You might notice that he builds his drum sequences in a certain way, or his melodies another. You start to do the same thing in your own compositions.

This isn’t a new concept either. Jack London, the famous American author, greatly admired the work of Rudyard Kipling. He would diligently copy page after page of Kipling’s work, longhand. He obviously saw the benefit.

Similarly, Beethoven studied and copied Bach’s work. Bach did the same, copying out entire scores of other composers’ works to study their techniques.

When you’re remaking tracks, you’ll frequently come across sounds and sections that puzzle you. You’re not sure how to recreate a certain sound, or the artist may have done something you’ve never heard before, and you have no idea how to replicate it.

But you know that A leads to B, and B could lead to C. And so you try that out. It doesn’t work, so you try something else out. Eventually, you get kinda close to the original track, even if you didn’t follow the exact same process the original artist did.

Through doing this, you pick up certain techniques that can’t be learned from books or YouTube channels. You’re experimenting. You come up with your own solutions. And while they may not be the most effective or efficient solutions, they are indeed solutions.

Intuitive knowledge is gained through repetition.

Anyone can watch a YouTube video on how to design a dubstep growl, but it doesn’t truly become intuitive until you’ve done it tens or hundreds of times.

When you remake tracks, you repeat a lot of techniques. It might be drum programming, sound design, writing melodies in a certain way—whatever.

After months of doing this, though, you’ll start to find that you get stuck less when working on your own music. You know what to do in specific scenarios. Maybe your drop lacks impact, but because you’ve faced that problem twenty times when trying to remake other tracks (your version, the remake, lacks impact), and have overcome it, you know how to fix it somewhat intuitively.

In addition to being able to solve more problems, you also build a toolbox of ideas. You’ve analyzed so much music, stretched yourself, and experimented relentlessly. When it comes to writing a new song, you have no shortage of ideas to work from.

It also works on a smaller scale too. Maybe you need to transition into a chorus and you want to do so creatively. Well, you’re bound to have come across a few creative transitions through remaking other tracks, and you can implement something similar.

All in all, this leads to more creative work. You have a larger bank of inspiration and ideas to draw from. You know more.

How to do it

There really isn’t a method for doing this.

I can’t tell you how to remake a track, step-by-step, because that completely defeats the purpose.

There is large degree of struggle and difficulty in doing this. It’s not always fun, and it’s certainly not easy. I’m not advocating that everyone does this, only those who are really committed to becoming the best producers they can be, even if it involves a bit of pain.

That said, there are three things that will help you get the most out of this practice.

At the same time, you want to be aware of your level of competency. For instance, I know that attempting to remake a Noisia track is a futile effort. I have no idea where to begin. But something from Arty or Porter Robinson is more feasible.

Basically, don’t attempt to remake songs that completely overwhelm you. Work your way up. If you’re a newer producer, focus on simpler songs (Calvin Harris’ music is a good start).

#2 – Get as close as possible, then stop

When you’re remaking other music, there is a lot of value in trying to perfect something. This comes back to the whole “operating at the edge of your ability” idea.

So, you want to be exact, and get as close as you can.

But at the same time, there is a point of diminishing returns. It’s hard to know exactly where they start.

A good way to handle this is to think rationally about the opportunity cost: Is it worth spending another 15 minutes searching for a clap sample that’s closer to the one in this track? Or should I move on and try to recreate the bassline?

In this example, doing the latter would likely have a higher return.

But there’s value in remaking the whole arrangement. You learn contextually. You learn how to connect a drop, for example, to other parts in the song.

When I’ve told people this in the past, they usually tell me that remaking the whole track is “pointless” because they already know how to craft an intro or build-up, and therefore it’s a bad use of their time to work on remaking those parts of a track.

This is understandable, but I’ve never met someone who has said this and can truly back it up. The fact is, if you’ve mastered the art of making intros, you should be able to breeze through remaking one.

When you’re remaking full tracks, the easy stuff gets done quickly, and the hard stuff needs more time and attention. It all balances out.

Note: there is value in focusing purely on one thing, e.g., remaking melodies. I’ll be covering this in another post.

If you’ve read through this article and the prospect of remaking tracks doesn’t induce preliminary stress, then I highly recommend you start remaking.

You will find it both incredibly difficult and rewarding. You will notice yourself improving at rapid speed. You will develop critical listening skills.

All I ask is that if you do this, you contact me 6-12 months from now and let me know how it’s helped.

Want to learn how to practice effectively, develop a production routine, and become more creative? Check out The Producer’s Guide to Workflow & Creativity.