Composition Chops: How to Make a Piano-Driven Chord Melody 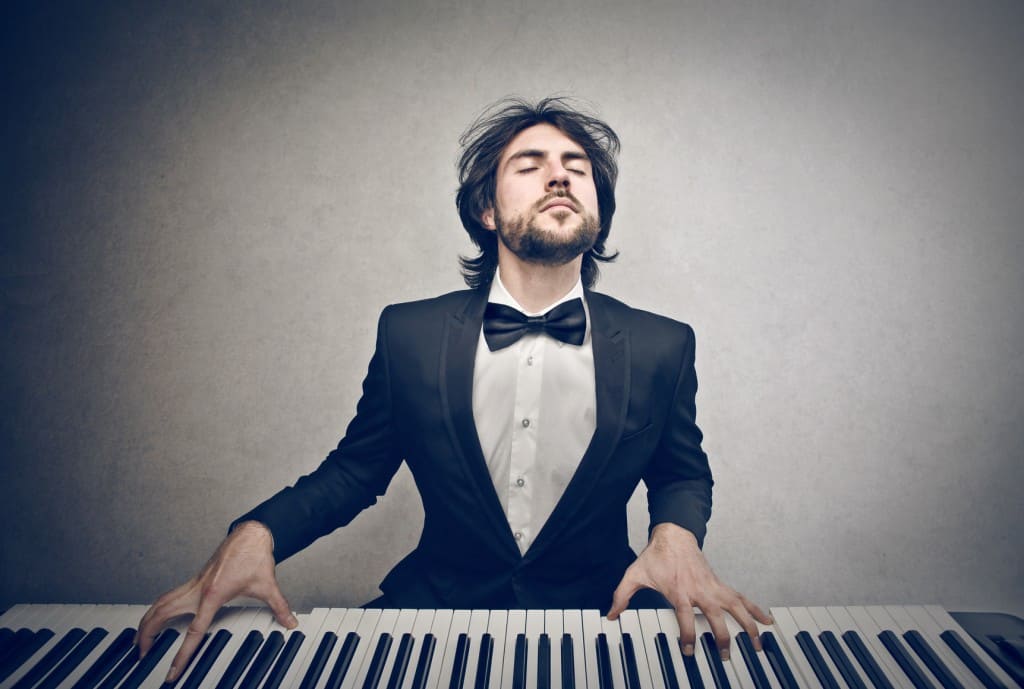 By “chops”, I mean technical skill. It’s typically used in the context of jazz or rock, but let’s not worry about that.

In this series, we’ll be looking at various genres of electronic dance music and the unique musical elements they feature. For example, one post in the series might be on tech house basslines, another on trance vocal chop styles, and so on.

To kick it all off, we’ll be looking at piano-driven chord melodys, made popular by Eric Prydz and brought to a new audience by artists such as Avicii and Basto. First, we’ll take a look at two existing piano-driven chord melodies and analyze them. Following that, we’ll create our own from scratch. And finally, if you’re feeling adventurous, you can create your own and post a link to it in the comments.

The first example track is Vicetone – No Way Out ft. Kat Nestel, and the second is Arty – Together We Are ft. Chris James.

As you already know, half of what makes a melody great is its rhythm. Most modern progressive house melodies have a basic rhythm simply because that’s what works. This rhythm is a little more complex than usual, but still straightforward.

The melody portion of the sequence is quite straightforward, but there are three interesting things to note:

Because this is a chord-based melody, the melody notes themselves contribute to the chords. Without the doubled melody line, however, we have this.

Example 2: Arty – Together We Are ft. Chris James

I mentioned that a lot of modern progressive house melodies feature a basic rhythm, and it’s clear that this particular one falls under that blanket. Aside from the subtle eighth note on the end of each bar, the rhythm here is as simple as they come.

Remember–there’s nothing wrong with basic rhythms. If you don’t need a complex rhythm, don’t use one.

The melody here is super simple, which is why the sequence is so damn catchy. The upwards contour gives somewhat of an uplifting vibe.

Unlike the Vicetone sequence, which, excluding the melody only had intervals, Arty’s sequence has full chords underneath. They don’t sound bad by their own, but the melody on top makes a world of difference.

Right. We’ve looked at two examples, and now it’s time to apply what we’ve learned by creating our own piano-driven chord melody.

It really doesn’t matter what instrument you use. Obviously a piano is ideal, but a supersaw will work just as well if you don’t have a piano. I’m using a modified version of Live’s “Grand Piano” preset with some ping-pong delay added on and a high-end boost with the EQ8.

Why start with rhythm? Because it makes sense. You can’t build a melody without it.

The rhythm in Arty’s track is simple and common, but we’ll use a slightly more complex rhythm to make things more interesting. Here’s what I came up with:

Remember, you can always change your rhythm later on if you find it’s not working.

The second step is to build the foundation for our chords which will support our melody. You can build a melody without chords (and then add them underneath), but I personally find it easier to build chords first.

We’ll make a 4 bar progression, using the rhythm we made earlier. I’ll start on the root note which is E.

It really is about playing around here and seeing what sticks. I find that this kind of sequence works well (going up to the 4th note in the scale and then down to the 6th before ending on the 7th which leads nicely back in the root note), but you might prefer something else. For example, you might prefer to have the C play for bars 2 and 3 instead of just the third, which would give a completely different feel.

Now that we’ve got a foundation in place, it’s time to add some extra notes in. For the sake of simplicity, I’m only going to be using intervals (two notes instead of three) underneath the melody.

As you can see below, I’ve used a perfect 5th interval in every bar. Another thing to note is that in the second bar, I’ve added a note below the A that was originally there to make the progression flow better.

If you’ve read my melody guide, you’ll remember that I talked about drawing contour lines before creating a melody. This method is less effective when working with chord melodies, because the notes you place strongly depend on what’s lying underneath. Generally with modern, euphoric progressive house melodies, you want to avoid dissonance, so you can’t just place a note anywhere you please.

Here’s what I came up with.

And here’s how it sounds by itself:

It’s sounding okay, but it’s a bit too weak. Let’s double it an octave higher.

So, we looked at two piano-driven melodies and then made our own from scratch. Sure, it wasn’t the most complex or best sounding melody, but it worked.

Now it’s your turn. Create your very own piano-driven melody from scratch (don’t just copy the one above) and post it in the comments section below. I’d love to hear it!

Next week we’ll be staying in the same genre and looking at double-instrument chords and melodies (listen to Alesso’s Cool for an example of what I mean).