Releasing on a Label vs. Going it Alone

Putting your own music out there in many different formats (digital or physical) is getting much easier these days. With so many options open for those who wish to self-release their music, there’s a relevant question that needs to be asked.

Should I release my own music or put it out on a label?

When we talk about labels here, let’s assume for a moment that we’re not talking about the giant mega-labels, but we’re discussing indie labels. These could be small one-man operations or larger, but still very much independent labels.

There are obvious benefits to releasing in both ways – going it alone, and working with a label. Let’s look at both.

I’ll begin with the benefits of working with an indie label.

Don’t know much about record labels? Check out our complete guide here.

Releasing With A Label

Any small label will be established in some respect already, and this can be a handy advantage for you. It could mean that they have a team in place for various things, from preferred mastering engineers, distributors to licensing deals, designers and promotion and marketing people.

Labels also often have existing connections with journalists and tastemakers which will help when the time comes to promote your release.

One of the big things about working with another label, as opposed to going it alone is the money aspect. This is often the deal-breaker for artists (although to be honest, you should try not to let it influence you into working with a label you wouldn’t approach on a zero-budget).

Indie labels may not have the vast, endless funding of a major label, but they will most likely have at the very least a small amount of money allocated to your release, and it may mean money available for a few things:

There are likely many other things a label may provide money for, but these are the most common.

It’s worth noting that there are no guarantees a label will cover these costs, but normally it’s expected that a label wanting to release your music will cover the costs of mastering, any manufacturing and promotion. Anything else would likely be a bonus.

In terms of getting any money from the label following the release, you should expect to see a cut of profits passed back to the label, but it’s likely this will only be after some of their outgoing costs have been recouped (usually mastering costs at the very least, but sometimes manufacturing costs too).

The reputation of a label and the expectation from their audience that they will curate and provide releases that will be of good quality, means that when you come onboard with a label that has some sort of established reputation, you’ll be associating yourself with their other artists and that brand.

It’s worth making sure that any label you approach is known for the right type of music and the sort of sound that you would feel comfortable with, otherwise it’s unlikely you’ll get your demo very far.

It’s also worth noting though, that many labels don’t want to stick so strictly to one particular genre, so don’t be afraid to push their boundaries a little if you think your sound might fit.

The association with the label may also mean connections with the other artists onboard. This can be great for things like remixes or collaboration, although you shouldn’t automatically expect to be sitting in the studio with the label’s biggest artist if you manage to get your music signed.

Having released both with labels and alone, I have found a number of exciting benefits to going it alone too.

Granted, releasing your own music comes with it’s own challenges – and those often directly opposed to the benefits of working with labels – but the choice becomes difficult when weighing up the benefits of self-releasing too.

There is a lot to be said for creative freedom.

Make whatever music you want, and package it as you wish. You are the boss and the possibilities are limitless.

Combine genres in any way you like, make the artwork crazy, and provided you jump through the relevant hoops regarding what can and can’t be on the cover, and having all the text and bits and bobs in the right places, then you can still keep a close control over your releases, your brand, your public image and so on.

Full Control Over Any Issues

There is something to be said for being in the hot-seat when it comes to controlling things, especially when things go pear-shaped.

What happens when a label releasing your music makes a typo on the release information and Juno lists you as The Rapist instead of Therapist? Well, the answer is, right away, not much. You’d have to speak to the label, who then speak to distribution, who then speak to Juno, and getting even that done could take days (everyone LOVES getting auto-replies when things are time sensitive!)

If you manage it yourself? Well you can go direct to the distributor with urgency – or even better, direct to Juno if you have an agreement with them. Things get sorted much more quickly.

The flip side is when things go wrong, there’s usually nobody to blame but yourself.

With other labels I’ve had tracklist typos, artwork errors, and producer names mis-spelled. All of which were a nightmare to deal with. Had I been managing the releases myself, I might have been able to solve those things long before the release even left my care.

Much like having the financial support of a label – this is often a big pull for those looking to self-release.

Technically you’ll get FAR better returns on your sales in terms of percentage of profits.

If you get 10 sales at $1 and you keep even just 50% passed back from stores, then you have $5 – but if you’re on a label offering you just a 50% cut of their paltry 40% from stores or distributors, the same amount of sales would net you just $2 (and that’s only after they have recouperated some of their own costs as mentioned above).

This is probably going to come down to how many sales you think the label can get for you – if it’s a big independent, then you could be onto a winner – but if it’s a smaller label with less of a reputation or established audience, then you may find you can reach a same or bigger audience yourself, and reap the rewards of financial advantage.

Bear in mind you’ll have to put in more of your own money than if you were on an indie, but if you can afford to do it yourself, then I’d say go for it!

When I say terms, I mean contractual terms. You don’t have to worry about whether you’re getting a bad percentage deal from a label, when you are the label!

Nobody is going to tell you not to release anything 6 months either side of this next release if you’re calling the shots.

You don’t have to wait 3 years to collect your profit, if it’s you doing the dishing out.

This is an interesting one.

Let’s say you release with another label, and you’ve signed a contract regarding licensing.

Another label approaches them and wants to release your track on a compilation. Who do you think you’re going to have to split the fee with?

What if a big brand discovers your track and wants to put it in a commercial? Who gets a percentage of that fee?

Yep – the label who took the hit on releasing the music in the first place.

Had that been you and you’d been able to keep control of your licensing and publishing rights – then you’d be able to get 100% of that return from the licensing (often called a sync – when your track is chosen to be “synchronised” with video).

Granted, your music may not have been discovered in that respect, had it not been on someone else’s label first, but it’s down to you to make sure if you’re self-releasing that you get your music out to licensing people to help your cause.

This is a big one for me. I was so frustrated by some of the mistakes I’d made when releasing on other labels in the past that I decided to completely leave my old alias (DFRNT) behind and start fresh (as Stillhead).

Being able to say you’ve managed to retain control, and make your own decisions about your releases is a powerful thing. Especially if you can build some degree of success from your music.

I’ve got no regrets when I consider the music I’ve released on my own labels and by myself, but looking back at releases on other labels – there are always little niggly things that don’t sit quite right.

No matter how good a negotiator you are, there will always be something that gets you.

Maybe the label decide to re-release your tracks after you’re trying to forget about them or promote something else. Maybe they sell your track to a compilation on a label you’re not so fond of. Maybe they just wrote some odd stuff about you on the press release which you’d rather hadn’t been spread about during promotion.

There are many things that won’t always come up on a contract, so often it’s a better bet to just keep control.

As I often say, if you want something done properly, do it yourself.

I also often say “you get what you pay for” but that’s another post entirely.

The caveat here is that of course, I do release my music with labels as well as by myself. Why? Well this is sometimes down to personal connections, preferences surrounding funding of the release, promotional network or maybe it’s just a favour for someone.

Everyone has their reasons for releasing one way or the other. Only you will know if self-releasing or starting a label is the best thing for you.

Many people will have a couple of crucial things that determine how they approach releasing. Money vs. freedom is the most common decider.

If you want to find a really good label to release on – make sure they let you have control of things that are important to you. It may be a rare case, but an indie label who has the money to allow you to exercise your own creative freedom and release in the way you want would be a great catch!

If you want to self-release, just make sure that you know about the relevant time and monetary costs involved. Work to a budget if you can, but you can be guaranteed that you’ll love the freedom you get, and that you can keep control of all the relevant aspects.

If you are keen to self-release or start your own label, or are curious about the process and how it all works, then you can take my free course “Getting Started With Self Releasing”, which you can sign up for today.

After taking the course, you should be much better equipped to figure out if self-releasing or starting your own label is for you. You should also have a better understanding of how it all works, and what you can do to make sure you succeed if you go it alone. 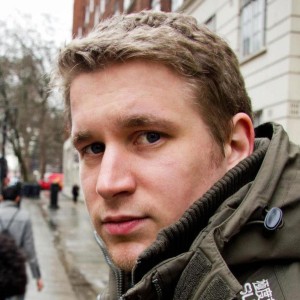 Alex Cowles (Stillhead) is a music producer, DJ, label owner and music blogger. The 32-year old producer has released a number of albums and EPs on more than 20 different record labels, including three of his own imprints. He has been on both sides of the artist/label table, has transformed a free net-label into a working subscription model and has performed his music all over Europe, the UK and the USA. His latest project is How To Self Release, a blog and associated courses on the topic of going it alone or starting your own record label.