This is a guest post from Will Darling of EDMtips.com. Download his free song inspiration cheat sheet and learn how to generate exciting new song ideas.

It SUCKS, I know! You finally get some time to write some music, so you excitedly load up your DAW, get your headphones on (or monitors fired up), close the door and….and….err….ummm….*crickets*. Nothing! Inspiration and creativity have decided to go on holiday, which means motivation isn’t far behind – and so Facebook beckons…

No matter whether we’re Deadmau5, Tiesto or just Billy in his bedroom, creativity can be an elusive mistress that comes and goes as she pleases. Thankfully she is open to reason, and there are several ways in which we can get her creative juices flowing immediately…

Note: it’s worth pointing out that not ALL of these tips are going to work ALL of the time. On one day, number 3 might work, and the next…number 6. It’s just a tool kit you can draw from when you feel stuck.

1. Acknowledge that creativity is built into your system

Realising that you are a creative person (even if you’re not feeling it at the time) will open your mind to new possibilities.

It’s a myth that some people are born creative and some not. Think of a time when you’ve taken action in a way that you weren’t told to, or solved a problem, or successfully communicated a point to another person. Every day of your life, I’ll bet? Well, that’s being creative! By simply pausing and acknowledging the fact that we are creative by default, we gain confidence to think outside the box.

If you have the faintest whisper of an idea for a track, ask yourself “How would most producers approach this?”, or “What would listeners expect this to be like?”

You’ll probably come up with a few angles that would seem sensible, but if you then flip it and ask yourself “What would it sound like if I did the opposite?”, or “How could I execute this idea in a way that will make people say ‘What the f…!?’”, your brain will start thinking in more creative ways.

The amount of choice we have nowadays may—on the surface—seem like a good thing, but we humans actually thrive on limitations. They force us to think creatively to solve problems. There are lots of parameters we can set for ourselves (either separately or together). Here are a few ideas to help get you started:

Set deadlines, and often. Having all the time in the world to work on a track is a sure-fire way to second-guess your decisions, go back for “just one more mix”, or to postpone even starting. Forcing yourself to hit deadlines will sharpen your creative and decision-making skills. If you don’t hit a deadline, don’t beat yourself up about it—just set another. You could even introduce stakes (such as buying your mate a beer) if you don’t finish on time.

b) Number of tracks.

It can be easy for us to keep adding elements, especially if we feel our song is missing something. But by limiting yourself to…say…6 tracks playing simultaneously, it forces you to select only the most important sounds, and to make sure they do exactly what they need to do.

This is easier if you have a palette of sounds that you know work well together, but you could limit yourself to one sample pack (or even just one folder of one sample pack). If you wanted to go really extreme, you could even try creating a song using nothing more than a sawtooth wave for every element, relying on envelopes, filters, LFOs and EQs to mould it into drums, bass, melodies, etc.

4. Take a break…Get some exercise!

Go for a run. Hit the gym. Swim or take a brisk walk. This is one of those suggestions where we might think “It won’t make any difference” or “I’m feeling stuck and that’s that”. In fact, the stronger the voice in your head telling you those things, the more of an indicator it is that you should get out and about! Don’t think about it too much! Get the blood pumping, enjoy nature, and see some other people; it will shift your mind-set (for the better), as well as wake your senses up.

The endorphins will make you feel good, and when you feel good you’ll want to express yourself. Oh, how handy…a DAW!

5. Listen to genres of music you usually wouldn’t

Quite often the most original-sounding, creative ideas are a combination of disparate influences that come together to form something “new”.

Just listen to “Major Lazer & DJ Snake – Lean On (feat. MØ)”; that wouldn’t have come from solely listening to other current EDM tracks…there are elements of eastern music, old-school dance music (like Deep Forest) and Deadmau5. Calvin Harris cites “Pet Sounds” by The Beach Boys (1966) as being a major influence for his second album.

If you listen to completely different music from what you’re used to, not only will you come up with new ways in which to frame old ideas, but you’ll also gain a broader understanding of good musical fundamentals.

Read: The Necessity of Intentional Listening

6. Immerse yourself in other art and new experiences (life imitates art)

This is similar to the suggestion above, but much broader. It’s been said that life imitates art and art imitates life; that everything we think or do is influenced by the experiences we’ve had, and the stimuli we take in. With this in mind, I recommend experiencing something completely new: Going to a new place (like an art gallery), speaking to a new person, or even just visiting a photography or art website. Let other peoples’ art influence you as well as your own experiences; it’s a sure-fire way to breathe new creativity into your work.

Sometimes when we feel a lack of creativity it can help to focus on the work of someone we admire. I mean REALLY focus. Dissect what they’ve used in their track and ask yourself “Why did they use that element?”, or “How have they mixed their drums?”, or “How could I re-create that sound?”

Look up production interviews with them on the internet. The act of really focussing on a piece of work you admire will do two things: a) get you into a “flow” state (as it’s both challenging and something you’re very interested in) and b) help you up your game and learn new techniques. These two elements will get you feeling more creative.

Sometimes the problem can be staring you in the face…literally! Looking at the computer screen for too long can stifle creativity as you’re more likely to be thinking about your ideas technically rather than creatively. If you can play a musical instrument, turn off your computer and jam on that. If you only have a midi keyboard, load up a simple piano patch in your DAW, turn off the screen and have a play. Failing that, just sing or hum into your smartphone voice recorder! Anything that gets you away from the screen and creating outside of the DAW environment.

Creating a routine that engenders creativity is one of the hallmarks of someone committed to their art. Work out what makes you feel most creative (is it playing football, spending time with your friends, waking-up early, staying up late?) and build some of that into your daily routine. It requires a little personal reflection and discipline, but once you get started you’ll be feeling more creative, more often.

For more information about setting up creative routines, read The Producer’s Guide to Workflow & Creativity.

You might have a particular way of doing things in your DAW, but almost every plugin can be used in a way that it wasn’t intended for, and you should experiment accordingly (especially with signal routing). For example, try running a vocal sample through an arpeggiator, or sampling a distorted reverb then using that as an instrument. The beauty of working on the computer is that you won’t break anything – except, perhaps, your mind…when it’s freaking blown! As long as you save a copy of your project before you go all Picasso on it, you haven’t anything to lose, and everything to gain.

Note: This is a bonus suggestion that should be approached both cautiously and sensibly.

Stimulants can be a great way of temporarily getting out of the rational thinking process that creativity shies from. Whilst I don’t condone their use—and am no doctor—there’s no denying their effect on creativity. Just look at The Beatles, Jim Morrison and any number of other artistic geniuses. My stimulant consumption tends to be pretty tame in comparison (sticking to moderate amounts of either caffeine or alcohol) and I’m just fine with that!

Tea or coffee will generally give you a boost of energy and a feeling of optimism, whilst one or two beers will help get you into a similar state of mind as the people you’ll be listening to your music at a nightclub or festival. However, your ability (and patience) in successfully operating a DAW is reduced with each drink, so there is definitely a balance to be maintained! Personally, I’ll just jam some ideas after a beer or two (as my inhibitions are lowered and I can “feel the vibe”), then revisit them completely sober the next day. As I say, I’m not suggesting you go out and start guzzling litres of coffee or beer, but if you partake anyway you can use them to help encourage creativity.

And there you have it…My top 10 (11) ways to help get the creative juices flowing! What techniques do YOU use to feel more creative? I’d love to find out….leave ‘em in the comments and share the love 🙂 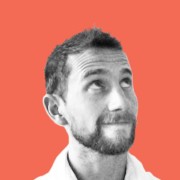 I currently run the music production website EDMtips.com, and have been working as a freelance music producer, remixer and DJ for about 20 years. The best way to contact me is drop me a message on Facebook. Cheers!

Our most popular courses