15 Mental Models All Producers Should Know About 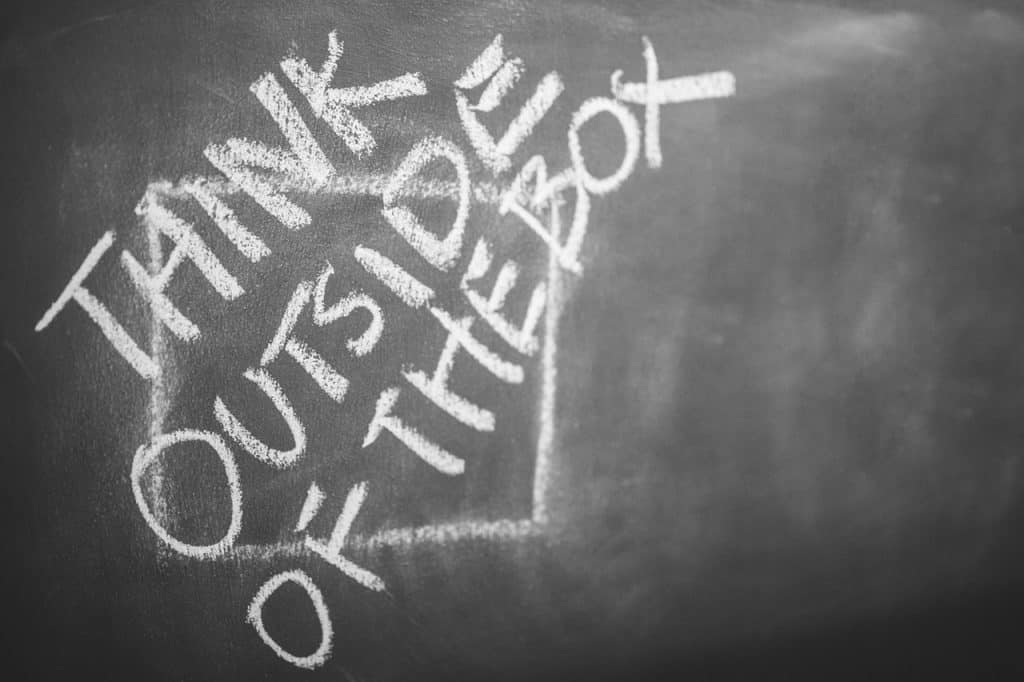 “A mental model is an explanation of someone’s thought process about how something works in the real world. It is a representation of the surrounding world, the relationships between its various parts and a person’s intuitive perception about his or her own acts and their consequences. Mental models can help shape behaviour and set an approach to solving problems (akin to a personal algorithm) and doing tasks.” – Source: Wikipedia

One mental model that you’ve likely come across is Occam’s Razor, which recommends that when faced with two equally good hypothesis, choose the simpler one.

Why should we know about them?

They also protect us from biases and self-delusion, which have a cost. Take the Dunning-Kruger Effect as an example; if we know that it exists and understand it, we’re less likely to fall into the trap of relentless self-promotion prematurely.

Note: this list will be updated if I come across a mental model that I think is helpful to producers.

We suffer from the sunk cost fallacy when we continue to work on a project as a result of previously invested resources (time/money/emotion) rather than continuing to work on it based on its value and likelihood of success.

After 6 months, you’ve invested $2,000 of your own money into the lemonade stand, and it’s now making you $500 a month. The market looks good and you expect revenue to increase. You’re close to breaking even.

On the other hand, you’ve invested $10,000 into the lawn mowing service and you’re barely getting any customers. In fact, you’re losing money due to maintenance costs and the shitty marketing consultant who promised you customers in exchange for an exorbitant fee.

If you had to kill one business, which one would you pick?

The lawn mowing business is the rational choice. It’s not working. There isn’t enough demand. There’s too much competition.

But sunk cost fallacy makes us feel like we need to keep running it because we’ve invested so much money, and that if we kill it, that money is “lost.”

How this applies to producers:

If you’ve spent a lot of time on a song which objectively isn’t that good, you’ll be inclined to keep working on it simply because you’ve invested so much time and energy.

But when you’re aware of the sunk cost fallacy, you know that a project should be judged on its quality independent of investment, and you can move on with less emotional strain and start a new project.

For every successful artist who has an inspiring rags-to-riches story, there are several unsuccessful artists with the same or similar level of talent, work ethic, and creativity.

Except no one hears about the unsuccessful ones.

“Survivorship bias refers to our tendency to focus on the winners in a particular area and try to learn from them while completely forgetting about the losers who are employing the same strategy.”

In short, do not try to copy another producer’s path to success. It may not be repeatable. Just do the best you can with what you’ve got, and take advantage of opportunities. Have a contingency plan.

Our brains love stories. Narrative. When something is framed as a story, it’s memorable, convincing, and easy to understand.

If you look back over the past 5-10 years of your life, you have your own story. One thing led to another, and now you’re here.

But it’s also easy to draw false conclusions. The self-made billionaire who tells you that he’s successful just because he worked 16 hours a day is suffering from the narrative fallacy. There are other facts that need to be considered (market conditions, team, luck, etc.)

The successful music producer who says that they’re successful because they were in the studio 7 days a week for 16 hours a day also suffers from the narrative fallacy. It’s not that working such hours doesn’t help (it does), but it’s usually not the only thing that contributes to success.

So, when you’re watching an interview with an artist, and he or she shares advice on how to become successful, be wary of the narrative fallacy. Realize that there are many things that go into a successful career, and a over-simplified story is a dangerous one to follow.

“The Dunning-Kruger effect occurs where people fail to adequately assess their level of competence — or specifically, their incompetence — at a task and thus consider themselves much more competent than everyone else.”

Most people suffer from this. I certainly did. I thought I was God’s gift to the world of music production (2 months into the journey, too).

If you’re a new producer and you think you’re incredible, then think again.

Note: if you’re a new producer and want to develop the right habits and mindset to excel at production, check out my book.

“As more people come to believe in something, others also ‘hop on the bandwagon’ regardless of the underlying evidence.”

The bandwagon effect can have a negative effect on our ability to be creative. We want to conform, and when everyone else is making the same genre of music, or using the same production technique, we feel pressure to do the same.

If you want to make the genre that’s hot at the moment, that’s fine. But if you’re just making it because you feel like you need to conform, you need to ask yourself whether doing so actually lines up with your goals. Does it make you happy? Are you exercising your creativity?

Functional fixedness limits a person to using an object only in the way it’s traditionally used.

If people didn’t move past functional fixedness, we wouldn’t have half the production techniques we have today.

One example of suffering from functional fixedness is to use an EQ just as a problem-solving/character-enhancing tool, and not realizing that it can also be used in a highly creative fashion—formant EQ band automation.

“Lateral thinking is solving problems through an indirect and creative approach, using reasoning that is not immediately obvious and involving ideas that may not be obtainable by using only traditional step-by-step logic.”

When someone tells you to think “outside the box,” what they really mean is to think laterally.

Lateral thinking is immensely helpful as an artist. It can be difficult to do, as there’s no real formula or approach, but there are certain tools that can help.

One tool that I recommend is Oblique Strategies, a deck of cards that offer a constraint or recommendation to help artists beat creative block.

Some examples of oblique strategies:

“Fill every beat with something”

“Define an area as ‘safe’ and use it as an anchor”

Check out an online version of Oblique Strategies here.

I’ve met many producers with a fixed mindset, and it’s really hard to help them understand that the reason their music doesn’t sound good is not because they lack the talent or ability, but rather because they haven’t put in enough time and practice.

How we practice is more important than how many hours we put into practice.

“An expert breaks down the skills that are required to be expert and focuses on improving those skill chunks during practice or day-to-day activities, often paired with immediate coaching feedback.”

Read: Peak: Secrets from the New Science of Expertise

Not every producer suffers from impostor syndrome, but it is common. I certainly felt it when EDMProd started taking off.

My good friend Hyperbits and I talk about this during episode 27 of the Prodcast.

“Work expands so as to fill the time available for its completion.”

If you’ve ever left an assignment till the last minute, you’ll know what Parkinson’s Law is. A switch goes off inside, you work with intensity and focus. It’s a bit stressful, but you get a lot done in a short period of time.

Parkinson’s Law is a good argument for setting shorter deadlines. Want to make an EP in a month? Try it in 3 weeks. Want to make an album in a year? Try 8 months. You’ll be forced to work faster, and the quality won’t necessarily drop.

“The chef reasons from first principles, and for the chef, the first principles are raw edible ingredients. Those are her puzzle pieces, her building blocks, and she works her way upwards from there, using her experience, her instincts, and her taste buds.”

“But what all of these cooks have in common is their starting point is something that already exists. Even the innovative cook is still making an iteration of a burger, a pizza, and a cake.”

There’s nothing wrong with using the same techniques as other producers, or having a similar workflow, but sometimes it’s helpful to reason from first principles when you’re working on a project.

Read more: The Cook and the Chef: Musk’s Secret Sauce

“Shoshin (初心) is a concept in Zen Buddhism meaning “beginner’s mind”. It refers to having an attitude of openness, eagerness, and lack of preconceptions when studying a subject, even when studying at an advanced level, just as a beginner in that subject would.”

“Just because you can do it fast or well, doesn’t mean it’s worth doing. What’s more important is being effective by working on the right things, not over optimizing processes that shouldn’t be done in the first place.” – Nat Eliason

Checklists help you remember things and get more consistent results.

As a producer, you could make a checklist that needs to be run through before you call your track finished. It might include things like:

If every time you’re about to finish a track you run through this checklist, you’re going to get more consistent results. Your music will sound better.

The more you internalize the above mental models and understand the biases that are working against your best interest, the better decisions you’ll make.

Figure out ways to apply these mental models both to the production process, as well as your development as an artist.

Question: what would you add to this list? Let me know in the comments section below!